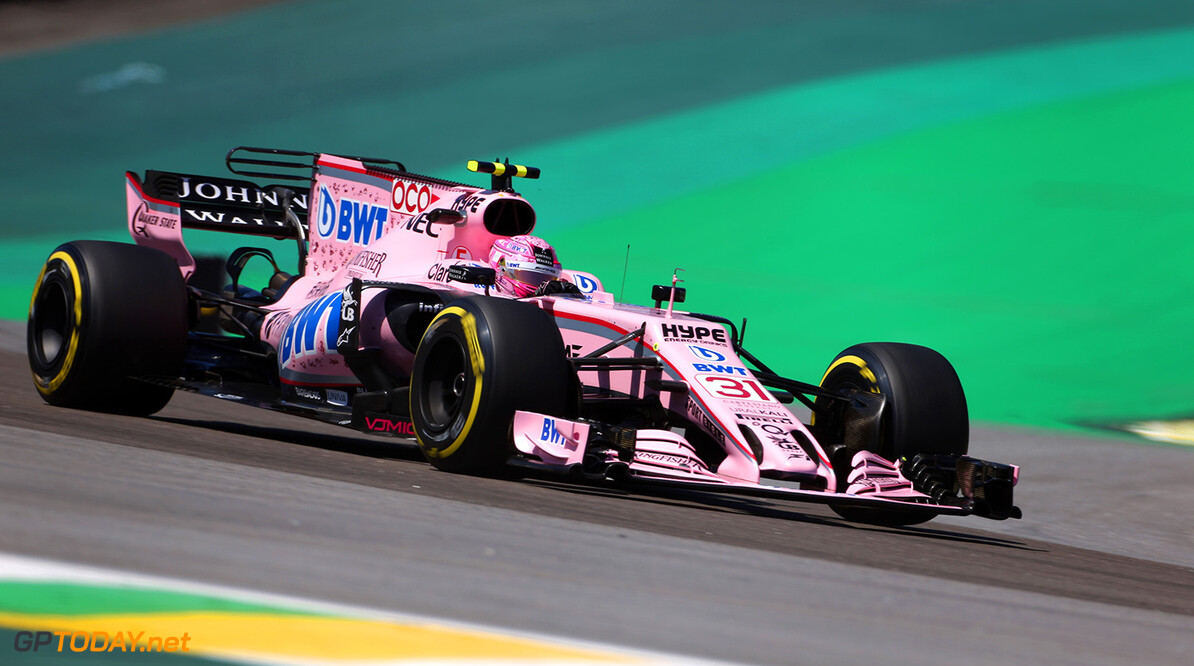 Force India is in the odd position of not particularly wanting to do well in Brazil and Abu Dhabi. The Silverstone based team has admirably wrapped up fourth place in the constructors' world championship with two races to spare.

And given the fact Force India has among the smallest budgets in the sport, driver Esteban Ocon thinks the team could even be a championship challenger in a 'budget cap' era: "Honestly if everyone had the same budget I think some people would be surprised what Force India can achieve," said the Frenchman.

But until that happens, the team is counting its pennies, and scoring points in Brazil and Abu Dhabi will actually cost Force India money. Official FIA entries for a subsequent season cost teams a flat fee plus $5500 per point: "Each additional point from now on diminishes our budget," sporting director Otmar Szafnauer told Auto Motor und Sport in Brazil.

Speaking after Friday practice, Ocon admitted that the afternoon session was much more productive than the first outing. However, he says that improvements need to be ahead if the team wants to achieve a strong result in qualifying.

"I’m happy with today. This morning the car was not at its best, but we made a massive step forward during second practice. The car feels much better now – close to where it should be, so it’s another good job by the team who made the correct decisions during the day.

"We need to keep improving ahead of tomorrow and hopefully we can be in our usual position for qualifying. It was very tough physically today because it’s very hot and humid – a bit like Singapore. I wasn’t expecting this and it was one of the toughest days in the car this year."