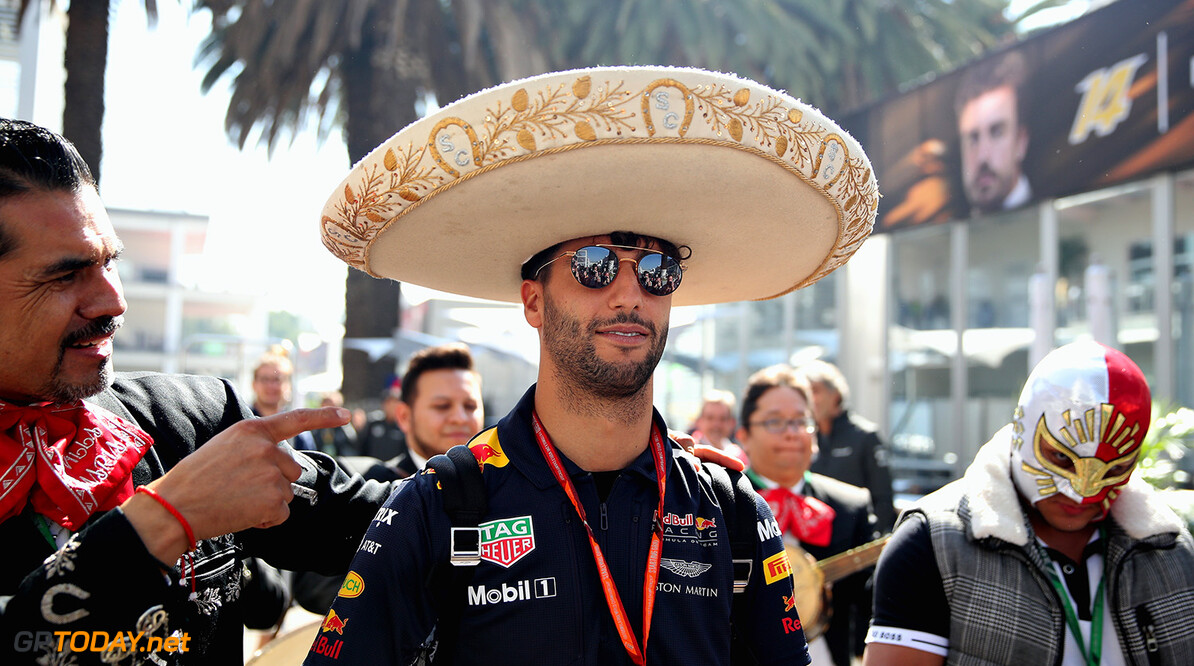 Following the first two practice sessions in Mexico, Daniel Ricciardo says that he is expecting a close fight between the top three teams. After the afternoon session on Friday, the Australian topped the timesheets, just a tenth of a second ahead of Lewis Hamilton.

There was less than half a second covering the top six, leading the Red Bull driver to believe that a close fight will follow for the rest of the weekend. Speaking about the first day of running, Ricciardo thinks that the Milton Keynes team has made some progress.

"It's always nice when you top a session, it always feel good," he said. "We've been chipping away at it. I think timing aside, we've made some progress. I think in the long runs we can still find a bit of pace, but on low fuel we're more or less there.

"Mercedes always has more on Saturday, so I think we've still got to find a few tenths if we want to be or stay ahead of them tomorrow, but not a bad Friday. I think it's going to be as always pretty close, these last few races… it's going to be pretty close with the top three teams."