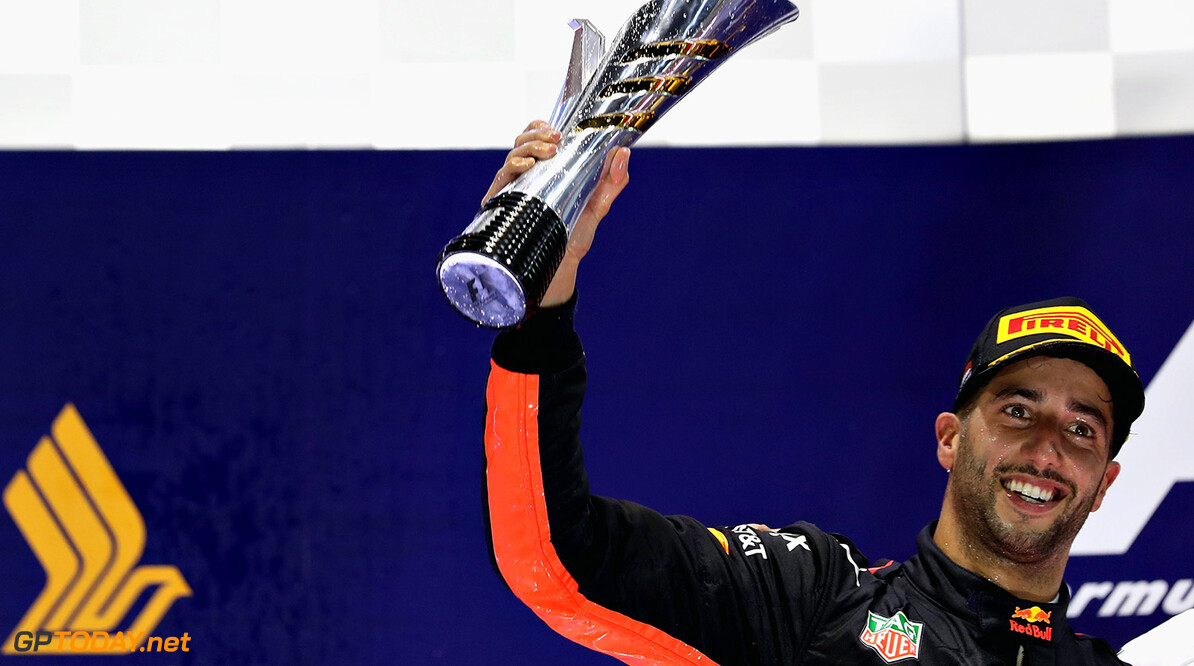 Video: Daniel Ricciardo reflects on the momentum he has had this season

Daniel Ricciardo has been reflecting on his season so far in an interview with Mobil 1. The Australian so far has had a very good season compared to his teammate and people around him, ahead of Kimi Raikkonen in the championship standings who has a seemingly quicker car, and has scored the bulk of Red Bull's points so far, with their only win and seven out of eight of the teams total podiums.