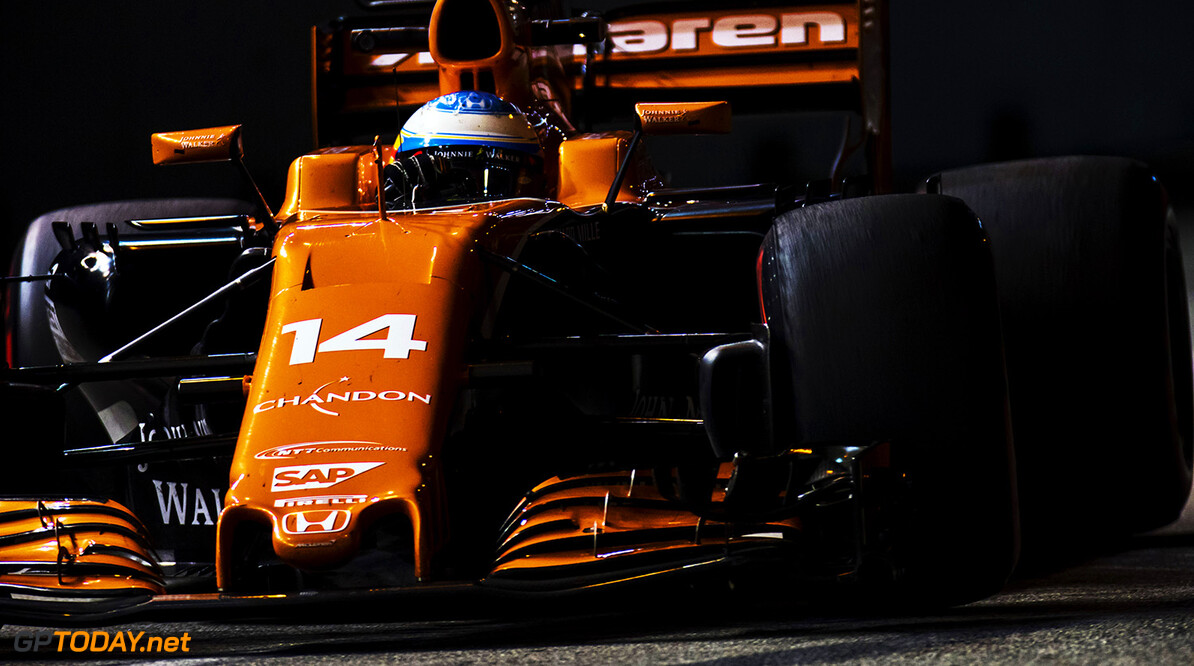 Alonso to analyse Renault before making decision over future

Fernando Alonso says that he will fully analyse Renault's plans for 2018 before he makes a decision regarding his future. The Spaniard is out of contract with McLaren at the end of the year, and it is not yet known whether he will stay on or not.

Many believe that McLaren's recent decision to divorce Honda and switch to Renault power for 2018 will convince the double-world champion to stay, but Alonso states that he must see what plans Renault have for McLaren before he decides on his own future.

"I think if McLaren decided that it's time to part with Honda and go to Renault, they must have important information about next season," he said. "I hope this will bring McLaren back to the positions that we think it deserves, but for now I do not have full information.

"I learned the same news as you did today," Alonso said on Friday. "Now for me the main thing is this weekend in Singapore, and after that I will try to learn more about the project, about the Renault engine and the expectations for next season. After analysing, I will make a decision."

McLaren executive Zak Brown scoffed that McLaren ditched Honda to keep Alonso happy: "You don't do engine deals solely by listening to drivers," he said when asked about that by Finnish broadcaster C More. "Fernando is a part of our team and so his opinion is important, but this decision was made for the good of McLaren."