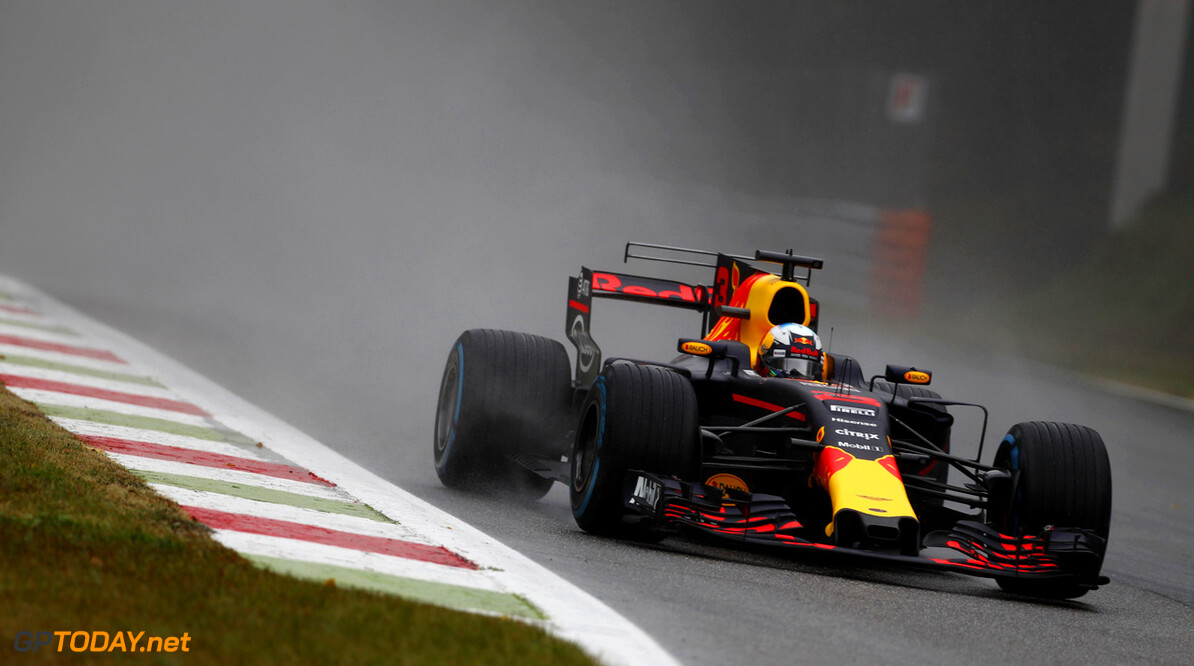 Max Verstappen and Daniel Ricciardo admit that they are pretty happy with how they performed at Monza during qualifying. The pair tackled the tricky track conditions and managed to place their cars second and third at the end of the session.

However, both drivers entered the weekend with grid penalties due to exceeding the limit for the number of power unit components allowed over the course of a season. Both men will start from the rear of the grid tomorrow but remain happy over their performances on Saturday.

"It was quite a good qualifying, everything was working well," said Verstappen. "In Q3 I was maybe not as happy as I was in Q1 and Q2, I was sliding round more, especially in the last sector. The final lap was really okay, I heard I was on pole, my engineer was telling me sector times and I said, 'Stop, just tell me what Lewis is doing', and he was going purple. At the end of the day, to be second here with the package we have means we did a very good job, it was nice again to drive in the wet."

Ricciardo added: "In Q1 and Q2 I was nowhere; if you heard my radio, I wasn't too impressed with the level of grip," he said. "I was struggling with everything, it just felt like the tyres..... it was as if we didn't have blankets on, they were cold and slippery

"We got into Q3, so we were not nowhere, but normally for our competitiveness in the wet we were just struggling. In Q3 on extremes on the out lap I had a lot more grip than Q1 and Q2, it was a different car in Q3, I think we topped it, but Lewis and Max came through with a charge at the end. It was alright in the end, a good recovery, and it's nice to be up here on the Saturday, but obviously, we're a bit way back tomorrow.