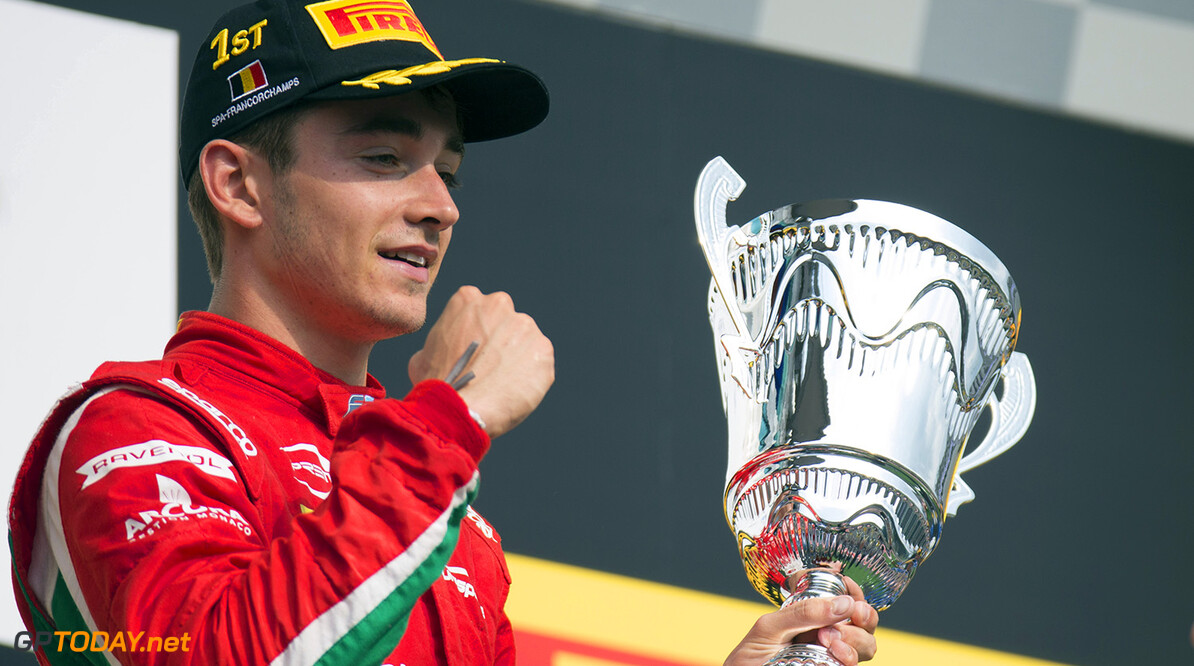 Leclerc's manager says Monegasque driver will race in F1 in 2018

Nicolas Todt, the manager of Ferrari prodigy Charles Leclerc, says that the Formula 2 star will be racing in Formula 1 next season. The 19-year-old has taken motorsport by storm in 2017 and is dominating the feeder series for F1 this year, currently topping the standings by 59 points.

Leclerc is being tipped for a Sauber drive next year after the team secured a long-term deal with Ferrari to run its engines. With both Antonio Giovinazzi and Leclerc being Ferrari juniors, it is expected that at least one of them will get a race seat next season.

And Todt thinks that it will be the Monegasque driver: "Charles is a unique driver. That is obvious. This year, his priority is to win the Formula 2 title, which is something very few drivers have managed to do on debut. My goal is that he gets to formula one next season. I cannot say that this will definitely happen, but given Charles' achievements in Formula 2, I think nothing will prevent his F1 debut in 2018."

With Marcus Ericsson's backers partly financing Sauber, it is unlikely the Swede will lose his seat. It is more probable that Mercedes junior Pascal Wehrlein will be ousted: "The most important thing would be to stay in Formula 1 but I completely trust Mercedes and just concentrate on my job," the German stated.