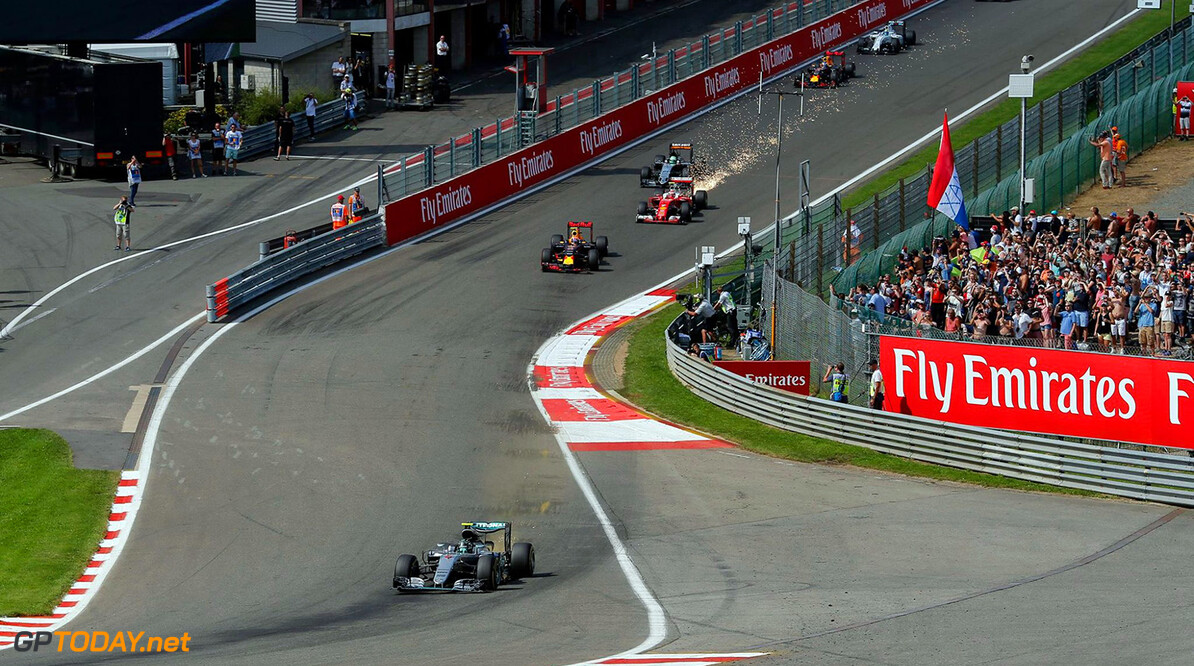 Ahead of this weekend's Belgian Grand Prix at the legendary Spa-Francorchamps, F1Today looks back at the most memorable races of Belgium's past. In this article, we revisit the 1995 Grand Prix, at which Michael Schumacher put in one of his greatest performances to storm to victory after a qualifying setback.

Heading into the race, the Drivers' Championship was led by Benetton's Michael Schumacher on 56 points. His closest rival, second-placed Damon Hill, was just 11 points behind on 45 - having closed the gap after winning the previous Hungarian Grand Prix, at which Schumacher failed to finish. Ferrari's Jean Alesi was third on 32 points, with Hill's Williams team-mate David Coulthard fourth on 29. The second Benetton of Johnny Herbert rounded out the top five, just one point behind the Scot.

Qualifying was run in mixed wet-dry conditions, and Ferrari emerged with a front-row lockout - Gerhard Berger claimed pole, with Alesi in second and Mika Hakkinen third for McLaren. Herbert was fourth, with Coulthard fifth, and both were significantly ahead of their title contender partners. Hill would start from eighth, and Schumacher from sixteenth, meaning that both would have it all to do on Sunday.

At the start, Berger was unable to hold onto the lead, making a poor start and handing first to Alesi - only for the Frenchman to be passed himself by Herbert at the end of the lap. On lap 2, Hakkinen spun out of third, lifting a charging Hill up to fifth as the lead changed hands again, putting Alesi back at the front. This wouldn't last long, however, as the Ferrari was forced to pit at the end of lap 4 with a suspected rear puncture.

The issue was actually diagnosed as a suspension failure and Alesi was left with no option but to retire, in turn leaving Herbert and Coulthard to duel for the lead. By this point, Schumacher had progressed to eighth, having already carved through eight cars. Lap 6 saw Coulthard lead after Herbert made an error and spun, losing two places to recover in third. By lap 11, Schumacher had passed Eddie Irvine's Jordan for fourth, whilst Hill was closing in on the lead as his own race picked up.

Second eventually became first on lap 13, when Coulthard - who had an advantage of around seven seconds - retired with a gearbox failure, but Hill made his first stop only two laps later and Schumacher took over at the head of the field. When the German made his own stop on lap 18, Hill retook the lead and began to pull away, but a turning point in the race would come just three laps later.

As drizzly conditions became rainy on lap 21, Hill immediately dived back in for wets, but Schumacher opted to stay out on slicks. Although the Brit quickly closed back in on first with his fresh rubber, Schumacher had no intention of relinquishing the race and with some slightly forceful driving he held station - until lap 24, when he ran wide and Hill slipped by. On the next lap, the rain stopped, and Schumacher's gamble began to pay off. Hill was forced to make another stop and his wets quickly became useless; this put him 30 seconds behind his rival.

As the race progressed thereafter, the reappearance of rain forced both men to pit for wets and fuel, with Schumacher unmoved at the front. The pressure from Hill was relieved on lap 33 thanks to a stop-go penalty for pit lane speeding, which dropped the Williams to third. He was 13 seconds behind Martin Brundle's Ligier at this point, but would lose even more time on lap 35 with a spin on La Source. Although he recovered with a late charge to reclaim second, he was powerless to do anything about Schumacher's advantage, which was almost 20 seconds at the flag.

The Benetton took victory ahead of Hill and Brundle, while Sauber's Heinz-Harald Frentzen took a well-deserved fourth thanks to an earlier decision to stay on wets when the track was drying. Mark Blundell provided some consolation to McLaren after Hakkinen's retirement with fifth place, and Irvine's team-mate Rubens Barrichello rounded out the top six, taking the final point in the process.