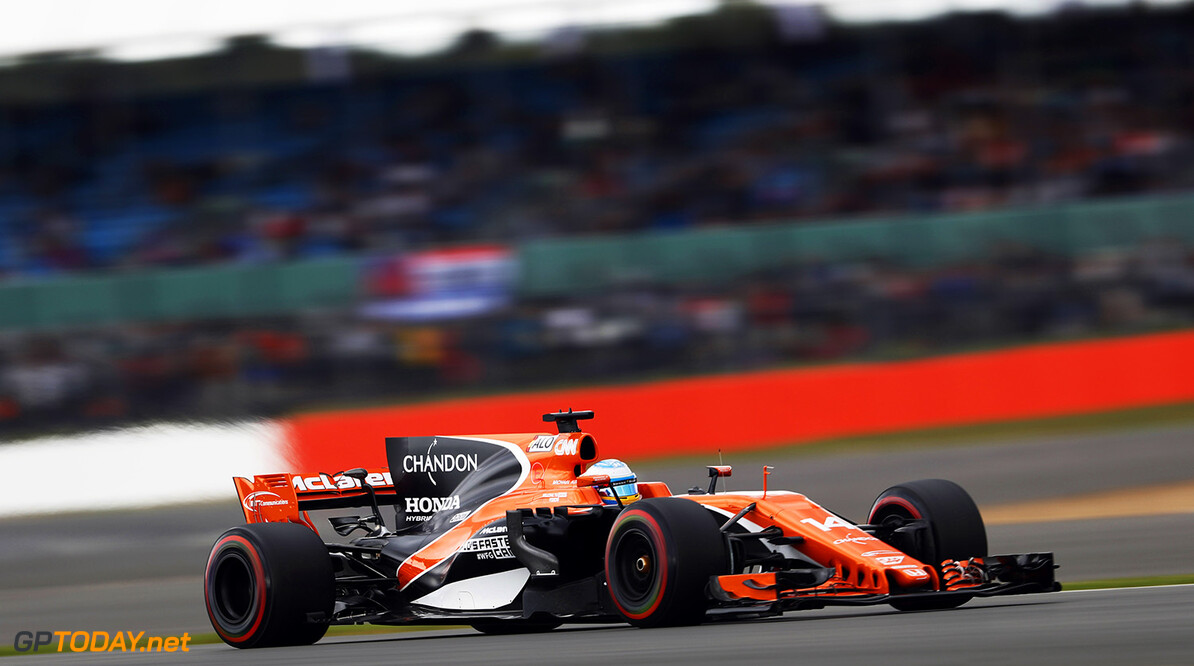 Fernando Alonso will start tomorrow's British Grand Prix from the back of the pack due to a mammoth thirty-place grid penalty, but the Spaniard was nevertheless happy that he was able to reward patient McLaren fans with the fastest time of all during Q1 at Silverstone - achieved on a last lap that began with just one second of the session to go.

The circuit had been damp as the session got underway and many drivers spent the majority of it on intermediate tyres, but Alonso opted to use a set of slicks as the clock ticked towards zero. It seemed initially unlikely that he would even record another lap time before the chequered flag, but what resulted was a surprisingly quick tour that put the orange MCL32 at the top of the timesheets - much to the crowd's delight.

"I saw them on the in-lap, the people in the grandstands getting excited," he said afterwards. "It was only Q1, on the dry tyres, but people need to see McLaren back on the top sometime. I'm happy for them, happy for the team as well, they do some extra work changing a little bit too many engines, but to see a McLaren top, even in Q1, is a nice thing."

Turning his attention to the more difficult matter of tomorrow's race, Alonso added: "We saw with mixed conditions that we can be fast, and we can take extra risks as we are not in the points from the starting position.

"If it's mixed, points are possible. If it's dry, it's going to be challenging to follow the cars in the high speed corners, and also due to the lack of speed on the straights."