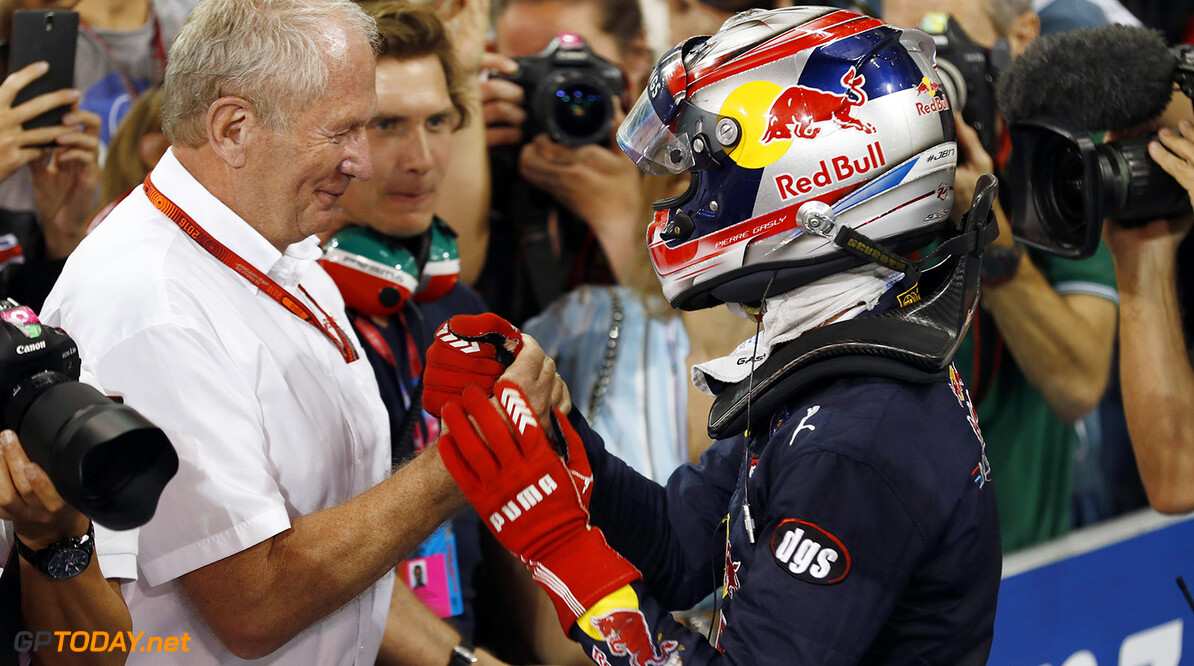 Pierre Gasly says that Red Bull were pleased with how he reacted to being overlooked for a 2017 Toro Rosso seat.

Despite winning the GP2 title, the young Frenchman was snubbed in favour of Daniil Kvyat, despite him being dropped by Red Bull Racing earlier in the year.

"I think [Red Bull] saw that I was doing my best to make it. That's what they like," Gasly is quoted by Fox Sports.

"Helmut [Marko - Red Bull's young driver boss] liked how I reacted. He pushes me and supports me well. The relationship has been better for the last two or three months, even though the decision was not in my favour."

"He supports me, pushes me and motivates me to keep giving it all, knowing that things can change very quickly in F1."

Gasly said that Marko had also hinted that chances would come his way sooner or later.

"I was told that I was at the right place at the wrong time, that they had to keep Kvyat for another year, that I was very young, that they were happy with my job and that I should keep giving my best, pushing for my opportunity," Gasly said.

"They told me things should change within a year and I should keep giving my best, as things can change very quickly in F1."