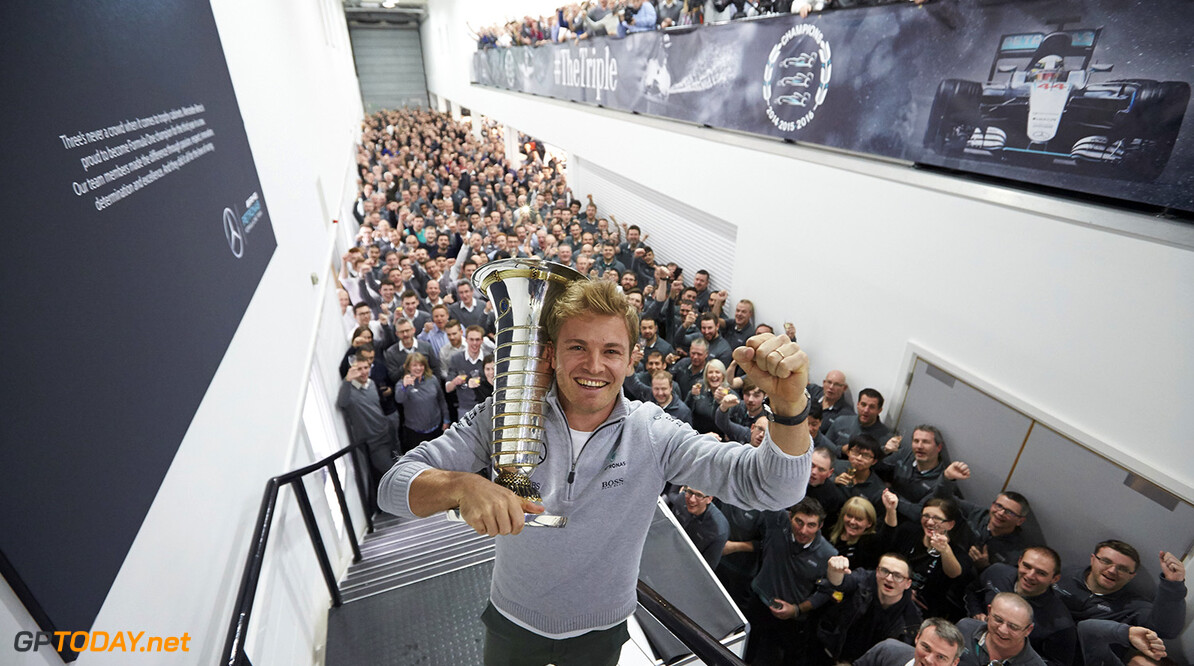 Nico Rosberg announced yesterday that he is retiring from Formula One, only days after winning the championship.

The news was a shock to all and here at F1Today, we look back on Rosberg's career.

Rosberg took up karting at the age of six, no doubt interested in what his father achieved and lived through. His father played an instrumental role in Rosberg's early career and motivated him to keep racing.

He raced in many categories but came out victorious in 2002 in Formula BMW. In 2005 he became Williams' test driver and also won the inaugural GP2 series. He joined Williams in 2006 as a full racing driver. In his first season in F1, he scored four points in what was quite a disappointing year for the team.

He endured a little more success in 2007, claiming 20 points, but 2008 was when Rosberg's success in F1 began to ignite. Although a majority of the season wasn't special, Rosberg claimed two podiums and led a race for the first time in his F1 career.

Although not claiming any podiums in 2009, Rosberg finished in the points in many races and ended up in seventh in the driver standings, his best ever finish so far. It was to be his last season at Wiliams.

Rosberg announced in October 2009 that he would be leaving the team for the 2010 season to join Mercedes, formerly Brawn GP. He was partnered by compatriot and F1 legend Michael Schumacher and many people were excited by the return of Schumacher.

Rosberg however, consistently outperformed him and scored double his points in the driver standings. He racked up three podiums in Malaysia, China and Great Britain.

Mercedes didn't really have a competitor in 2011, as they were behind Red Bull, Ferrari and McLaren but ahead of everyone else. Rosberg never stood on the podium this season and the points gap to team-mate Schumacher decreased massively.

Depsite having a poor end to the 2012 season, Rosberg will remember this year as the year he claimed his maiden pole position Grand Prix win, taking the chequered flag at China 20 seconds ahead of Jenson Button. Rosberg's season sloped downwards after that, only taking another podium at Monaco. He failed to score any points in his last six races of the season.

Michael Schumacher retired completely from F1 at the end of 2012 and in his place came Lewis Hamilton. Rosberg was marginally outshone by Hamilton throughout the 2013 season Rosberg claimed two wins and four podiums, and with other points finishes, he ended up sixth in the constructor standings.

2014 saw a major rules overhaul which saw Mercedes produce the most efficient package. Nico Rosberg and Lewis Hamilton fought relentlessly for the title which saw incidents such as Monaco, where Rosberg was accused of purposely bringing out a yellow flag to stop Hamilton improving his qualifying lap, and Belgium were they touched resulting in a Hamilton DNF. Hamilton came out with the championship win in 2014.

Again in 2015, Rosberg couldn't find the overall pace to challenge Hamilton, and once again was defeated in the championship battle. He won four Grands Prix and took to the podium sixteen times.

Rosberg started the 2016 season determined to defeat Hamilton. He won the first four Grands Prix and had a mighty gap in the championship. At round five in Spain, the two drivers famously collided with both drivers retiring. Tensions were running high at Mercedes and it wouldn't change through the season with another clash coming at Austria on the final lap.

It was nip and tuck all season long between the two cars but eventually Rosberg prevailed and took his maiden championship, winning nine races. Five days later, Nico Rosberg announced his retirement from Formula One.