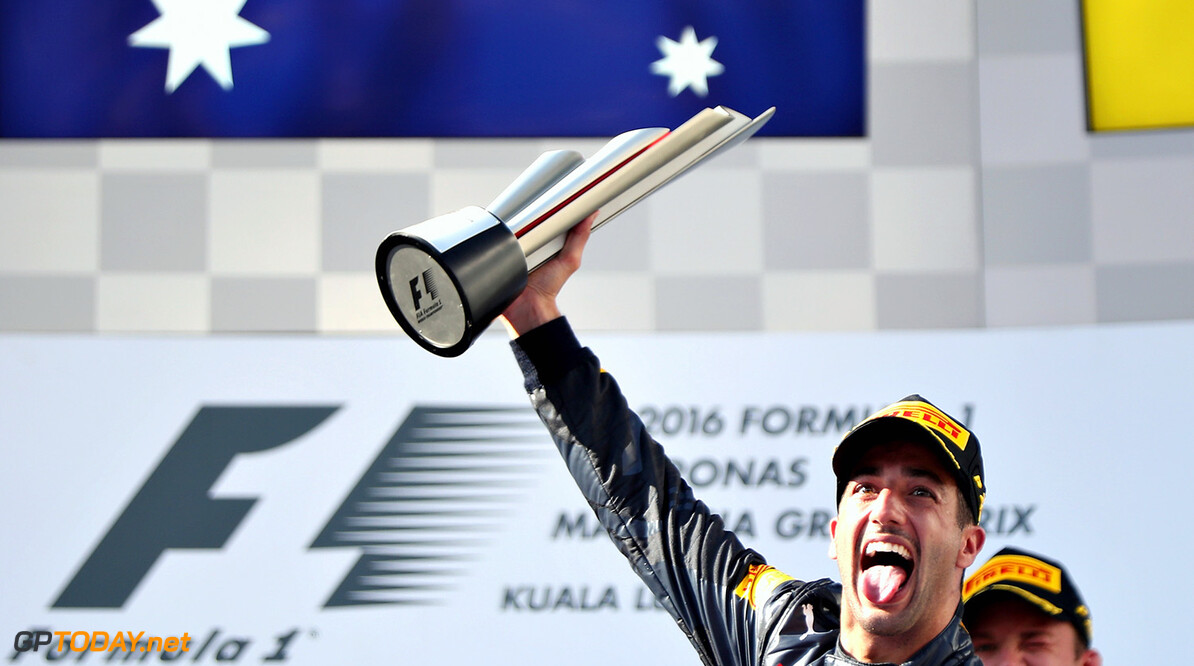 Daniel Ricciardo has declared himself "the peasants' world champion" for 2016 after he finished third in the championship, only behind the dominant Mercedes pairing.

Speaking to ESPN, the Australian joked about how a second title should be awarded since the 1.6 litre turbocharged engines were introduced given Mercedes' strong run.

Looking back on the year, Ricciardo was positive, despite missing out on a certain victory in Monaco due to a pit stop error and a strategy gaffe costing him a chance at winning in Spain.

"If I didn't have a victory, like if Malaysia didn't happen, then I would look back and say 'Sure, I should have maybe been a multiple race winner this year'," he admitted. "But because I got that victory I'm not going to say 'Oh it could have been better, I could have had two or three'."

"I got the pole [in Monaco], which I hadn't had before, and obviously got back on the top step so for me that's awesome. And peasant's champion, so it's been solid," he added.

The four-time race winner also revealed that Red Bull had in fact been expecting to compete further down the order in 2016, so fighting for race victories came as a surprise.

"We expected to be fighting in the midfield in the first handful of races this year and we came out with some fourths. Then what was probably going to be a second in China - that was the third race of the year - we had the puncture and whatever but it was looking really good. We were like, alright, and it sort of got better so that was really cool.

"The win in Malaysia was epic, the pole in Monaco was in a way my highlight. I obviously didn't tell people but I put a lot of pressure on myself to go there that weekend and execute it. I really believed I could, so for me to do that lap was kind of a relief because I did put a bit of pressure on myself. So that was cool."