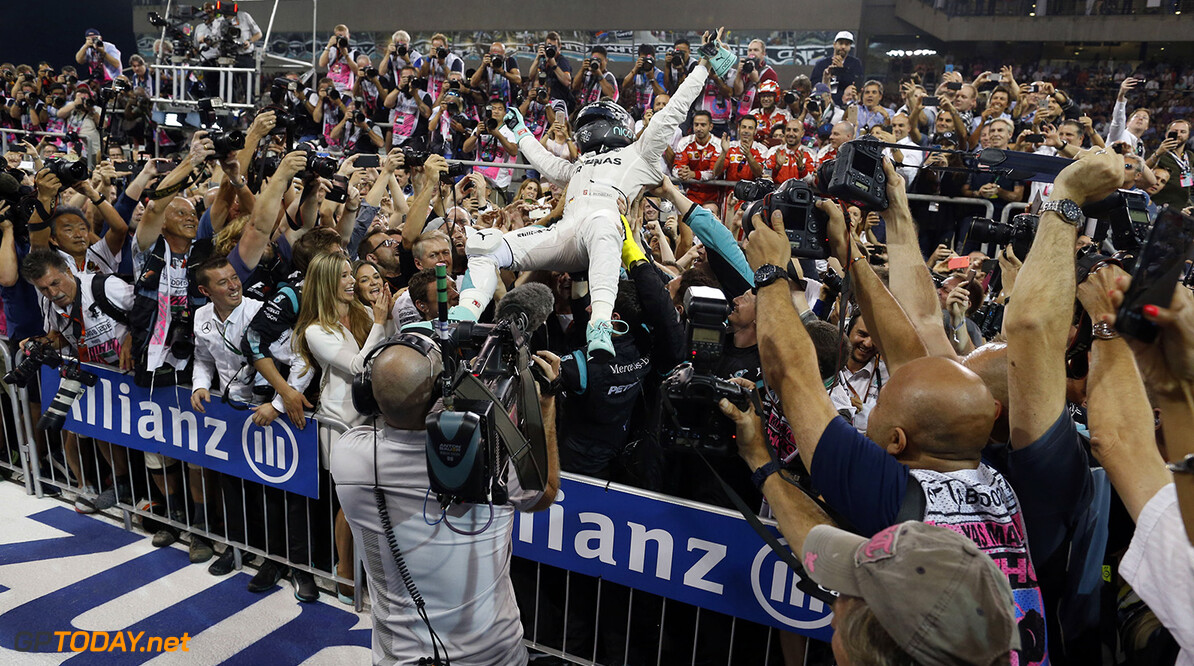 After it was reported that Nico Rosberg headed for a night on the town with some of his fellow drivers following his world championship triumph on Sunday, the Mercedes driver has now shed some light on just how wild the night was.

Rosberg was pictured with his wife, friends, and drivers Daniel Ricciardo and Romain Grosjean after winning the championship on Sunday evening, he then headed to Malaysia for an event with sponsor Petronas - one imagines not before getting some sleep!

"I can confirm that I am a double world champion, because we became the party champions on Sunday night," Rosberg laughed. "It was big – epic, massive!"

"I was very lucky because all my friends and family were there, they came, so we all partied together," he added. "It was an amazing time. I think we wrapped up at quarter to nine [on Monday morning]. That was when I had the last picture on my phone."

Rosberg also revealed that his mother has never watched one of his races.

His father, 1982 champion Keke Rosberg has been absent from the paddock recently, but has attended races in the past. However, both arrived at the Yas MArina Circuit shortly after the chequered flag fell to celebrate with their son.

"My mum has never ever seen a race of mine because she's so scared, so she came right after the finish, and of course it was unbelievably emotional when she found out I had won. We were both crying our eyes out," he said. "She said it was one of the best moments she has ever had in her life, and it was really wonderful to hear that."

"And with my dad he came a bit later on, and that was special you know. All of a sudden it's become one of the biggest things I'm talking about – half of every interview is about my dad."