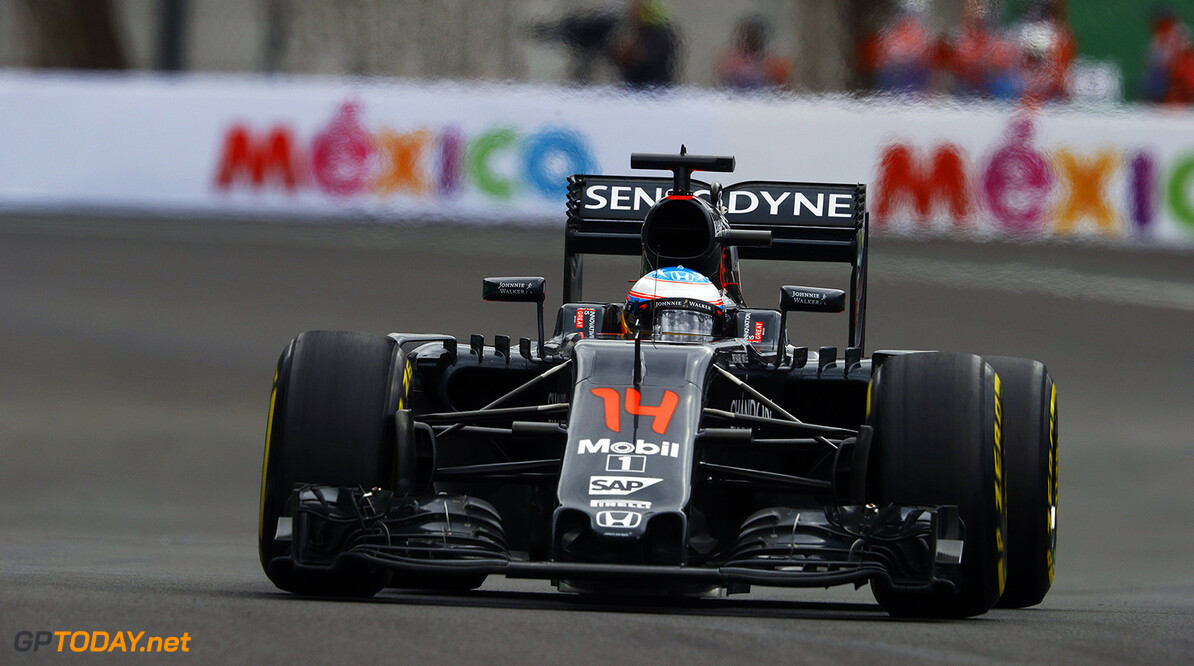 Fernando was happy to qualify 11th for the Mexican Grand Prix, calling it the best possible position.

As has been the case for much of the year, the McLaren driver struggled for pace but was happy with missing out of the top ten, as it meant he has a free choice of tyres for the race later today.

"This was probably the best position we could have dreamed of today, because we get a free choice of tyres for the race," said Alonso. "I'm starting on the clean side, so a lot of things have gone our way today. We were not quick enough, unfortunately."

The two-time world champion also said that McLaren will likely struggle for each of the remaining three races, but feels that the team's decision to focus their efforts on 2017 may be the reason behind that.

"We're struggling a little bit for pace and I think it will be the same thing for the remaining races," he said. "For us P11 is the best possible position, so I'm happy with today's performance but we need to understand why we're not as competitive as we were recently."

"We've put everything into the 2017 car so maybe we're paying the price for that decision."