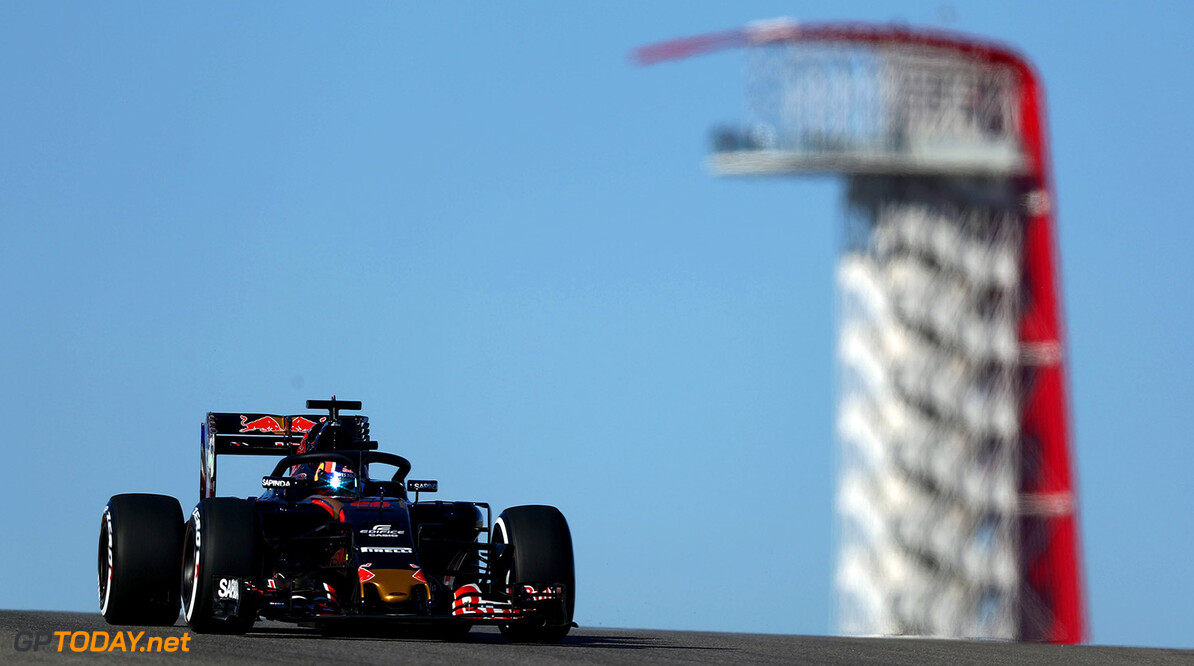 Daniil Kvyat was left fuming after he was handed a 10 second penalty for a collision with Sergio Perez on the opening lap of the United States Grand Prix.

The pair came together, with Perez spinning and dropping to the back of the field.

In light of the incident, Kvyat wants a clarification over the latest rule change which outlaws blocking moves under breaking.

"They changed the rule - you cannot change [line] under braking and in my view he did that," Kvyat said. "I didn't expect this harsh penalty. He was defending harshly and we paid the price for it."

"He moved maybe 10 metres in front of me and we got spun out. His race is ruined, my race is ruined as well, but don't create a rule if you don't enforce that," he added. "I want some clarifications because this rule isn't clear to me at the moment."