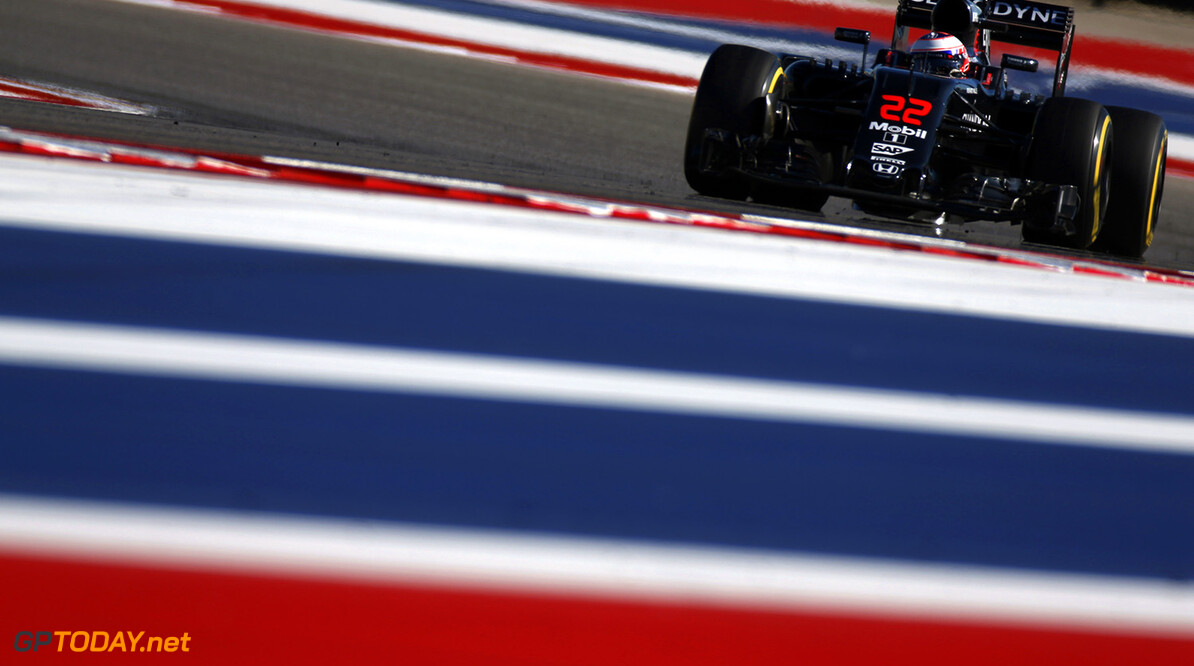 Jenson Button: "The second half was boring, but the first half was good"

Jenson Button has said that the second half of the United States Grand Prix was boring for him.

The 2009 world champion spent the second stage of the race nursing his tyres, having pitted twice for medium compound tyres after making a quick start of the super-soft rubber.

Button started down in 19th, but was as high as 11th at the end of the opening lap. However, his rapid progress soon slowed as a result of him saving his tyres and he eventually finished ninth.

"The second half was boring, but the first half was good, good fights in the beginning," said the McLaren driver. "In the second half, I was looking after the tires, making sure you can judge the gap behind and trying to save the tires to the end of the race to catch Checo [Sergio Perez]."

"I was two and a half seconds behind at the end so I didn't quite judge it right, and we just didn't quite have the pace."

Button managed to survive a messy first lap and was in the points positions by lap three, but a messy pit stop and rubber build up on his front wing stalled his progress.

"The start was a mess, we made up a lot of places, which is good, and then I made my way into the top 10," he said. "Then my second pit stop I fluffed up a little bit, so I lost the place to Checo – but I think he would've got past anyway.

"I hit debris when I was fighting with Gutierrez and lost a lot of front end but I think it might have cleared. But the rubber build up on the front wing was unbelievable, which hurts your downforce a lot."