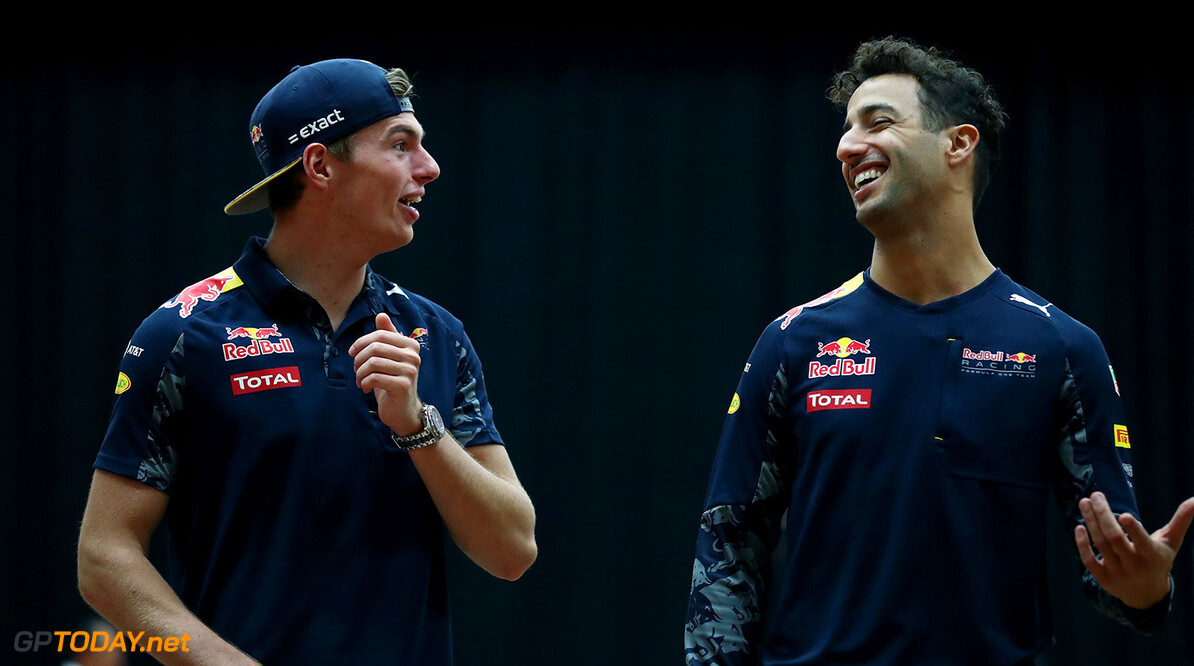 Daniel Ricciardo has said that Max Verstappen's arrival at Red Bull has helped him improve as a driver.

The Dutch teenager made an instant impact on the team following his arrival prior to the Spanish Grand Prix, a race he won, and Ricciardo thinks that Verstappen has made him step up his game.

"When Max arrived at Red Bull, it made me take a step forward," Daniel Ricciardo said at Sepang.

"I thought I looked good compared to Daniil in the first few races before Russia," Australian Ricciardo added, alluding to former team mate Daniil Kvyat. "But then Max came, and it turned out that I could do even better."

Whenasked about Ricciardo's remarks, Verstappen said that he too had improved since moving to Red Bull.

"I have made progress too," he said. "From the beginning we have had an excellent working relationship -- he is a very open and easy going guy and I think it's all good for the team."