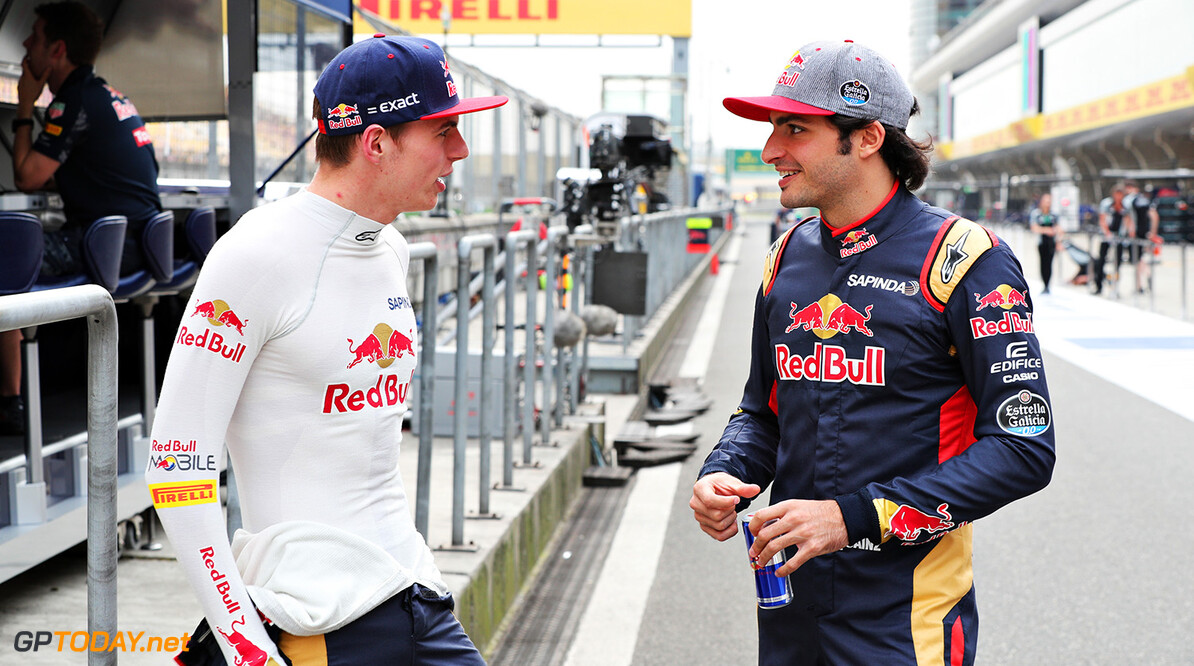 Sainz not dissapointed over Verstappen promotion

Carlos Sainz says he is looking on the bright side of his Toro Rosso teammate Max Verstappen's promotion to the senior Red Bull team. With Daniil Kvyat returning to the junior outfit from this weekend in Barcelona, it was Verstappen rather than Spaniard Sainz who realised his dream of promotion.

"I'm not disappointed," Sainz told Spanish media on Wednesday, "because nobody promised me the chance to go to Red Bull in the fifth race of this year. "In the next year or two it is my goal so that's what I'm thinking of. I can see how it looks from the outside, and it's true when I found out that of course I would have liked it to have been me. But then I think it's a positive for me as well. Red Bull has seen the results from both of us so I can also go there next year or in 2018," he said ahead of his home race in Spain.

Sainz therefore said his Red Bull dream is on track, dismissing suggestions that if he wants to aim for the title in F1, he might now need to target a switch to another team. "Yes of course I can imagine other teams like Ferrari and McLaren," he admitted, "but the short and medium term goal remains Red Bull, they made a big investment in my career and it is something I want to return."

21-year-old Sainz's new teammate, therefore, is Russian Kvyat, who has been able to compare himself alongside the highly-rated Daniel Ricciardo since 2015. Kvyat's arrival also ends a period of reported tension between the Sainz and Verstappen camps at Toro Rosso.

"There was tension," Sainz admitted, "but I imagine that it is the same in other teams. It is something that comes from last year, the rivalry that was created between Max and myself. So I think it will be positive, because it cools the team a little bit, new people come in and eventually it helps the team to finish fifth in the championship."

So when asked about Kvyat, Sainz said: "Yes, we have known each other since we were 12 or 13. He has gone from Red Bull (Racing) but that doesn't mean he has lost his talent -- he is the same or better than when I raced him in GP3. Don't forget he got more points than Ricciardo last year, he has a year more experience than me, he knows the team already so he will be a very tough opponent," he said. "Besides this, it can improve the team environment and our good relationship can help us finish fifth in the championship," said Sainz. (GMM)