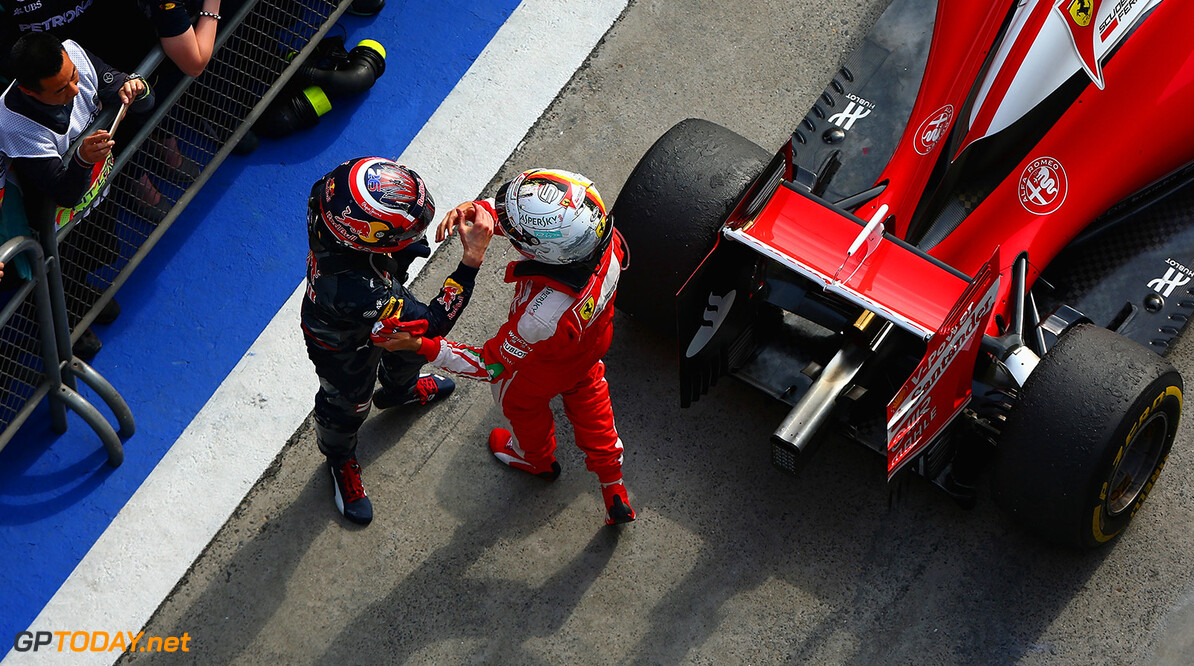 Sebastian Vettel has expressed some sympathy for the plight of Daniil Kvyat, following the Russian's sudden demotion from Red Bull Racing. 22-year-old Kvyat, who actually replaced Vettel at the energy drink company's premier F1 team in 2015, will spend the rest of the season with Toro Rosso.

The demotion follows two consecutive run-ins with Ferrari's Vettel: the first in China in the form of a pre-podium argument, and again in Russia when Kvyat punted the German out of the race on the first lap. Asked what the furious Vettel told Red Bull officials on the Sochi pitwall, Dr Helmut Marko admitted: "We need to have a serious word with Kvyat, and he's right."

But Vettel does not think his run-ins with Kvyat are the reason he subsequently lost his seat. "I don't think it has something to do with what happened in the last two races," the quadruple world champion told Germany's Auto Bild, "but for sure it's not so nice for him."

Vettel said he has no hard feelings. "I'm absolutely fine with him," he insisted. "He is a nice guy but for sure the situation is not pleasant or easy for him." (GMM)