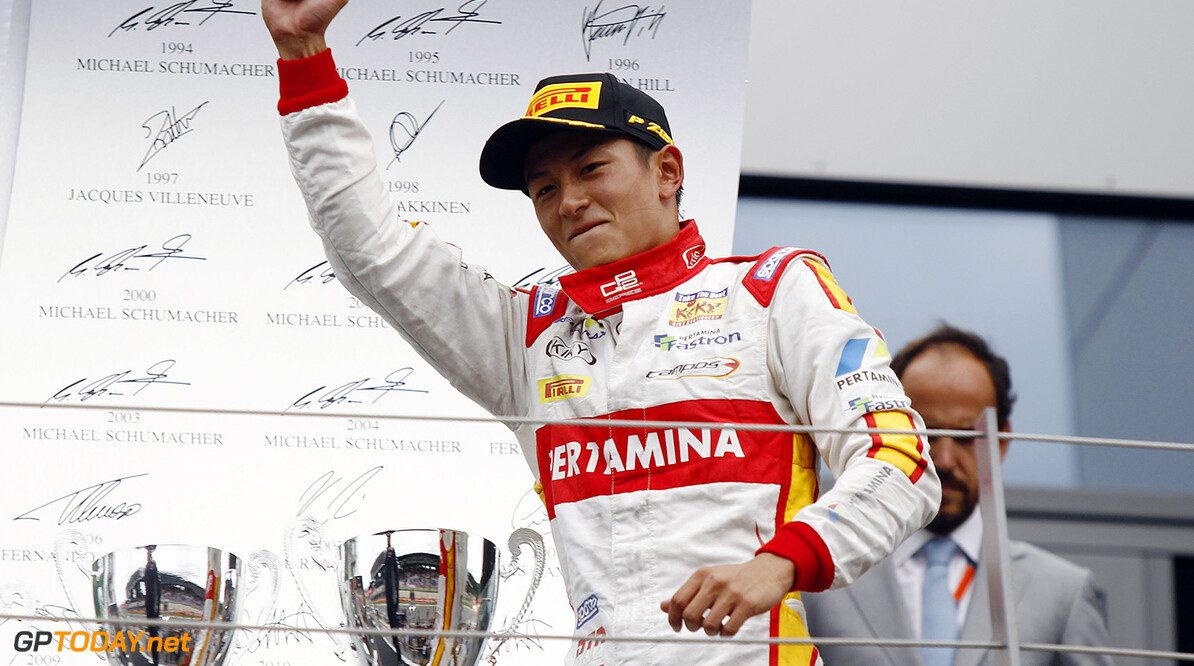 Rio Haryanto, a 22-year-old who finished this year's GP2 championship in fourth place, appears to have leapt into pole position to race for the F1 team Manor in 2015. Various Indonesian sources, including Sindo News, Sidomi News and CNN Indonesia, claim Indonesia's sports minister Imam Nahrawi has promised the British backmarker team EUR 15 million in exchange for a race seat for Haryanto.

The promise has even emerged in the form of a letter of guarantee to Manor owner Stephen Fitzpatrick. Before the letter emerged, minister Nahrawi met with Haryanto and his parents at his Jakarta office, CNN Indonesia claims. "It would be great for Indonesia," Haryanto's manager Piers Hunnisett said. "Now we will work hard and hopefully Rio really can race in F1 next year."

Haryanto drove for Manor in the post-season F1 test in Abu Dhabi recently. "After a very competitive season in GP2, I can't wait to show how much I have developed to become a more complete driver," he said at the time. Will Stevens, Roberto Merhi and Alexander Rossi raced for the former Marussia team in 2015, while Mercedes junior Pascal Wehrlein has been linked with a seat for 2016. (GMM)