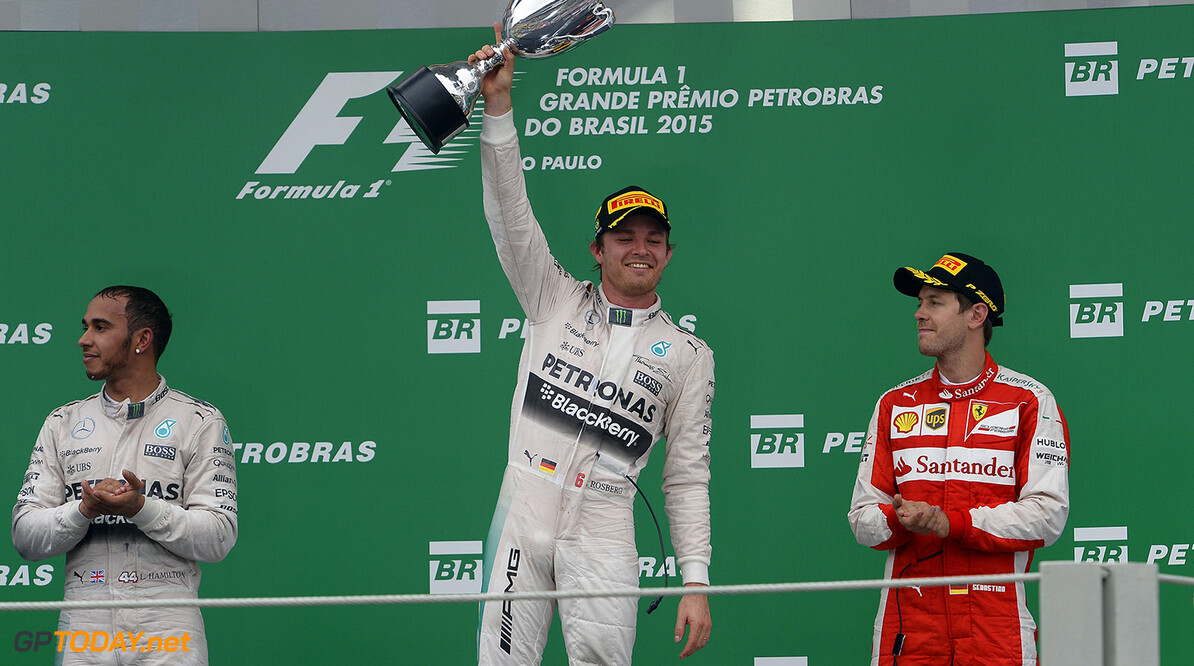 2016 could finally be Nico Rosberg's year. That is the view of F1 legend Sir Jackie Stewart, who admits he was impressed with the German's late-season form alongside Lewis Hamilton. Hamilton, now a triple world champion like 76-year-old Stewart, dominantly won the 2015 title but then Rosberg won the last three grands prix from pole.

Stewart said he thinks Mercedes could be clearly the quickest car yet again in 2016. "If Mercedes retain the leadership that you almost expect from Mercedes, I'm afraid you could be finding the same thing, but don't count out Rosberg," he said. "There is nothing to stop Rosberg winning. He is quick. We have seen him have so many pole positions and he is smoother (than Hamilton). I'd like to see him win the title. That would be very good."

In contrast to the "smooth" Rosberg, Stewart says Hamilton is a "quite aggressive" driver, but that is part of the reason he has succeeded in formula one. "But sometimes that (aggression) can bite you also," said the famous Scot. "Nico is good and there is no question about it. The trouble is you have to be very good and he has got to just step up that little bit extra."

Stewart thinks a close battle between Hamilton and Rosberg is what F1 needs next year, given the fact that Mercedes is expected to dominate again. "Mercedes will eventually be beaten," he said, "but I'm not sure the rest of the teams are really good enough yet to be able to take them on. More than a second a lap is too big a gap and that's not good racing. But while Mercedes' money is there - both in engine and their chassis - it is going to be difficult for them to be beaten." (GMM)