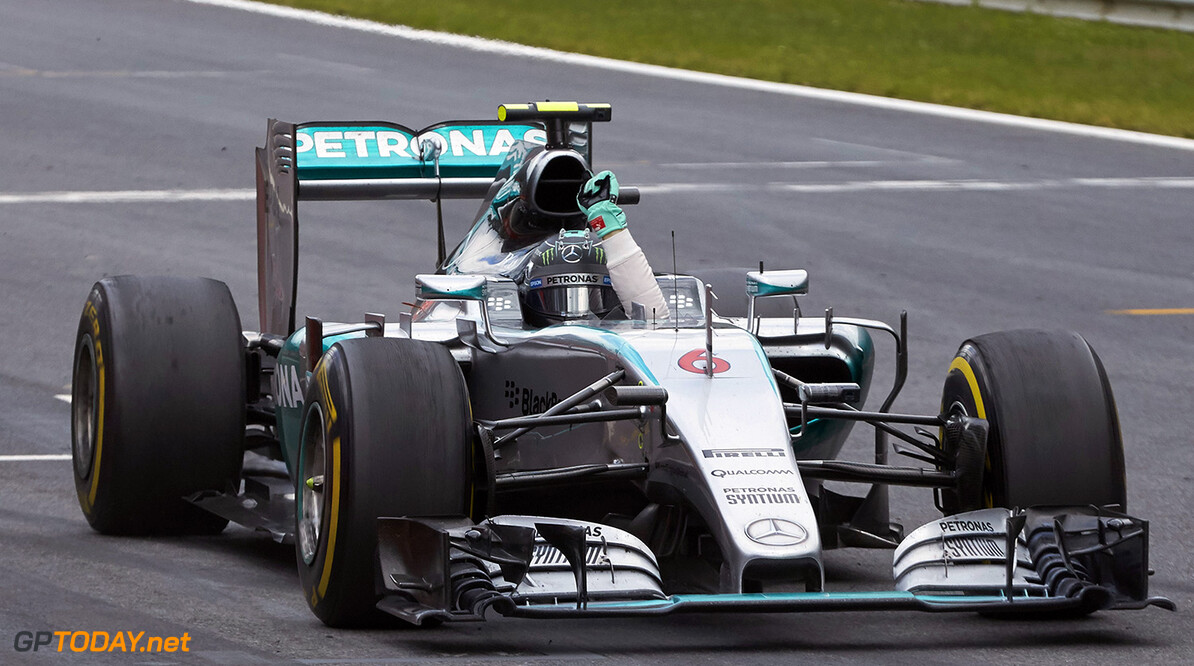 Relations remained cool between Mercedes teammates Lewis Hamilton and Nico Rosberg after the Mexican grand prix. A week ago in Austin, the pair hurled podium caps at one another, while in Mexico they simply kept the niceties to a bare minimum after Rosberg finally broke through for a win from his fourth consecutive pole. "Perhaps the Sombreros were far too large to throw around," joked Telegraph correspondent Daniel Johnson.

What was interesting is that Rosberg's breakthrough - his first win in almost five months - came just a week after Hamilton knocked him out of contention for the drivers' world championship. One theory is that the relieved pressure helped Rosberg to deliver. Or perhaps Hamilton, with his boyhood dream of matching Ayrton Senna's title tally achieved, was just not trying hard enough. "Not at all," Hamilton insisted. "I was pushing the whole way, it's just that you can't follow (another car)."

Indeed, it was rare occasion of late for Rosberg to get a good getaway from the grid, where he was then able to control the race. "It's just like everything else," said the German. "I've been working on it to try and get everything perfect and this time it worked out and that (the start) was important -- maybe the most important part of the race."

But Rosberg had also admitted earlier in the weekend that a new approach might now be needed, after two consecutive title beatings by his confident teammate. "Nico has got to get his head down, work on his strengths, and work on Lewis' weaknesses," advised Jenson Button, who beat Hamilton at McLaren in 2011.

One obvious weakness on Rosberg's side of the garage was clear to see in Austin, when he threw away the win when what he described as a "gust of wind" swept him off the track. "Nico drove really well," Hamilton said on Sunday. "No mistakes, no gust of wind ..."

But Hamilton's runaway confidence might be among his own weaknesses, off the back of a full weekend of pointed verbal barbs aimed in Rosberg's direction. And in the race, Hamilton spent a couple of laps arguing with the Mercedes pitwall about the need for a tyre pitstop, while Rosberg simply obliged and got the immediate advantage of fresh rubber.

In the end, Hamilton had to be told explicitly that he was being given an "instruction" that he did not have the freedom to debate. "The calls are decided by the team, not the drivers," agreed team chairman Niki Lauda afterwards on German television RTL. "An order is an order and the technology these days is far too complex to dispute it."

Rosberg agreed: "There was nothing to discuss. The experts are sitting on the pitwall and that's who I rely on, simply because they have a much better picture of what is going on than I do." (GMM)