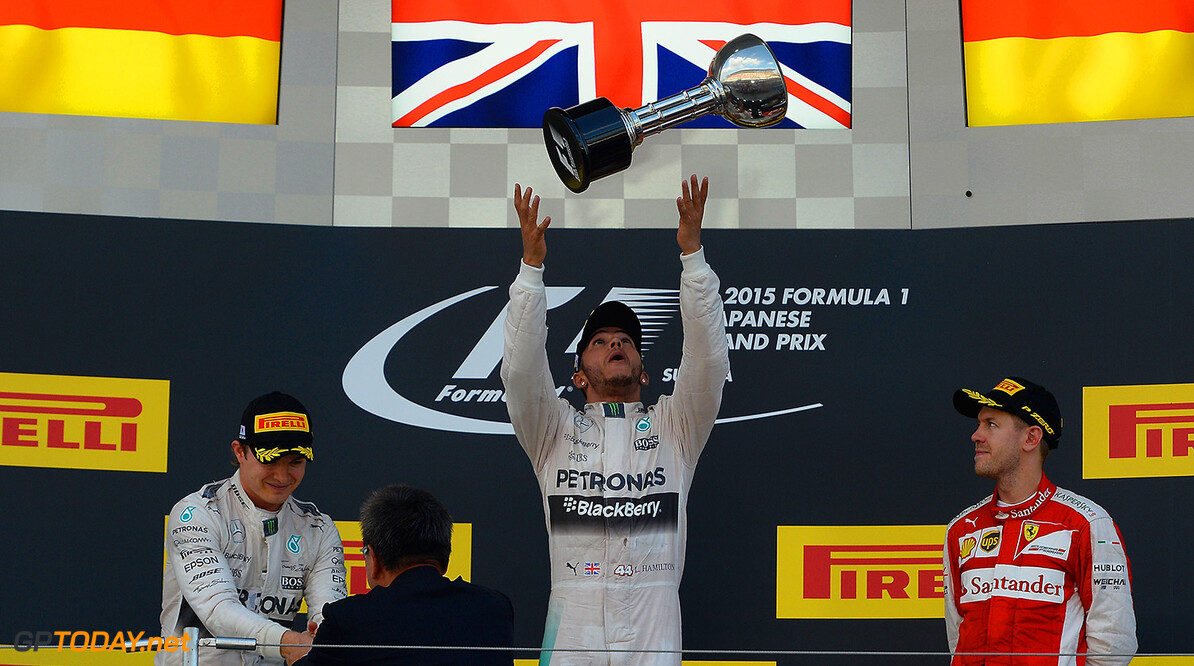 2015 title will not be Hamilton's best memory - Andretti

According to F1 legend Mario Andretti, Lewis Hamilton has been "outstanding" as he raced to match point in the 2015 world championship. But the 75-year-old, who won his title in 1978, does not think 2015 will be the "most significant" memory when the soon-to-be triple world champion looks back on his career.

Asked if that is because Hamilton has so easily dominated at the wheel of the superb Mercedes, Andretti agreed: "Everybody wants to see fights for victory. "Not only the spectators, but also the drivers," he told the German newspaper Die Welt. Indeed, Hamilton admitted as much in Austin, where - if the foul weather allows - he is just a handful of points from knocking his only mathematical rivals Sebastian Vettel and teammate Nico Rosberg completely out of contention.

"Whatever changes they (F1 authorities) make, I want to see closer racing," said the 30-year-old. "Wheel to wheel racing." Andretti said: "I'm sure that Lewis will not look back on this year as his most significant memory."

Asked if the lack of on-track, wheel-to-wheel rivalries is what he is talking about, the Italian-American confirmed: "Yes. Everyone knows that if you really strive for something, you have setbacks but you still manage to get it, that is the real sense of triumph. And it's the same for race drivers," he said. "You can only get that great satisfaction with a win or a world championship when you really had to earn it. What we see now is a F1 where the equipment matters so much and the drivers make less and less of a difference. So Hamilton has looked like the world champion from quite an early point," explained Andretti.

"I'm sure he would have liked the battle to be tougher here and there. As a driver, you remember the wins that you achieved in the final laps, not the one you led from the first lap."

And so as Hamilton's third title looms, it is time to consider him among the true greats of F1 history, alongside fellow triple champions like Ayrton Senna and Niki Lauda. Asked about that, Andretti said: "That's hard to answer, because I don't know how much more he will achieve yet. On the other hand, how many titles would Ayrton have won if he was not killed? That's why those pure number games are always quite difficult. The fact is that Lewis has achieved a great deal, even though he is still quite young," he added.