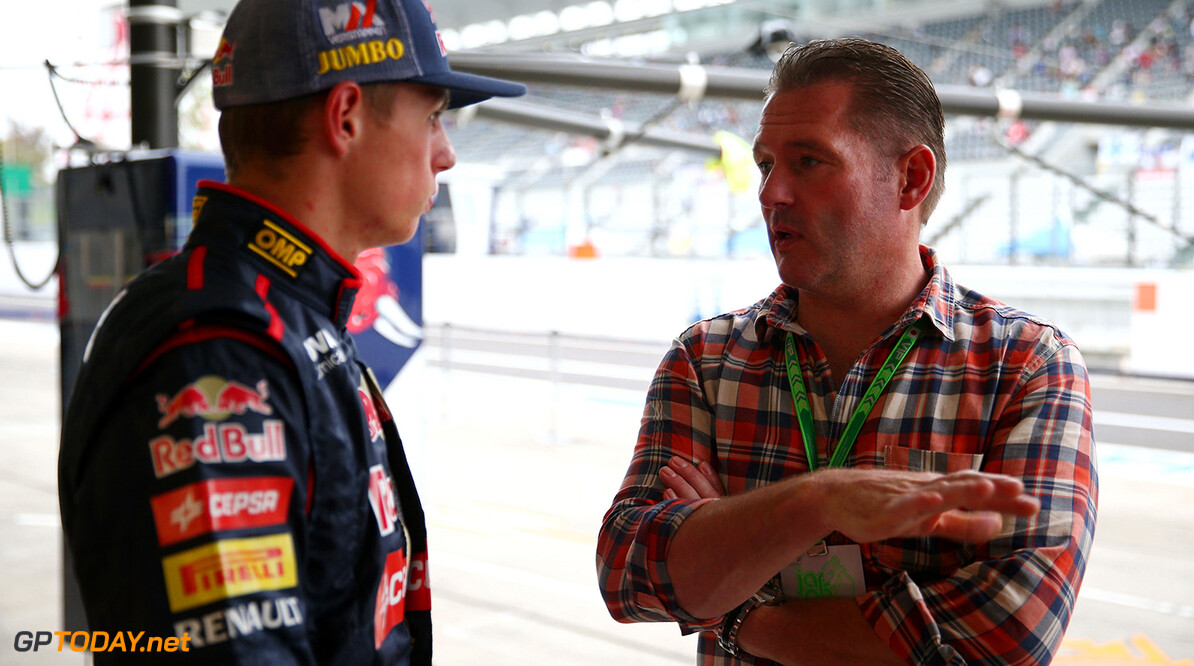 As an F1 driver, he was affectionately known as Jos 'The Boss' Verstappen.

It was a tribute to his bravery and audacity, particularly when wheel-to-wheel with a rival, and it is in this area that his 18-year-old son is now also turning heads.

However, Max's nerve landed him in the wall in a terrifying shunt at Monaco, and he had The Boss' heart in his mouth again recently at Spa.

"We talk about certain corners, kerbs or overtakes," Verstappen senior said at a sponsor event earlier this week.

"Like the one at Spa, where he passed Nasr on the outside. Of course, it was a beautiful move, but not entirely without danger at 300kph.

"Max cannot think that will work out every time," the 43-year-old former Benetton and Minardi driver said.

Max's father admits, however, that his own lack of fear does appear to have been passed to the next generation.

"When I raced myself, I would sometimes think about it (fear) but you know you're the one in control," said Jos.

"Now Max is racing I occasionally think about it again, especially on tracks where there's more danger. Look at Sochi, not exactly risk-free if you look at the accidents there. I sometimes worry, but Max is so keen to race so I hope nothing happens to him," he added.

But a lack of fear alone does not explain why Max is now the hottest property on the driver market, and linked with a third car at Ferrari in the event that Red Bull pulls the plug on F1.

"After that fast turn leading to the chicane (at Suzuka)," recalled Jos, "the car will hover around the same speed to save energy. So Max changed the settings which meant that the car kept accelerating instead of maintaining the same speed.

"That's why it looked so easy when he passed (teammate Carlos) Sainz," he added. "Max had already thought about this himself before he was positioned behind Sainz. That's an extra skill that Max has."