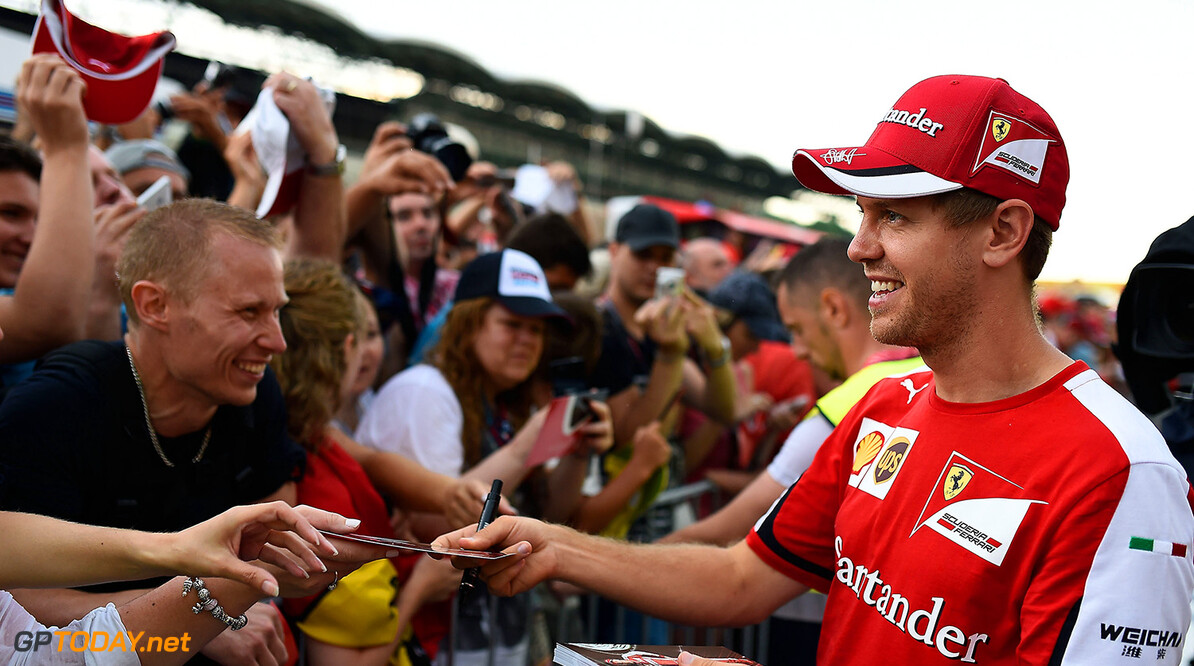 Sebastian Vettel has defended his decision to fiercely shield his private life from the world's glare.

His approach to fame and fortune is starkly different to fellow multiple world champion Lewis Hamilton, who is constantly on the red carpet and uploading personal photos to Instagram.

"My lifestyle is nothing like Hamilton's," the Ferrari driver told the Spanish newspaper El Pais.

"But everyone is free to live their life as they like. At the moment I'm very busy with what I'm doing (in F1) because Ferrari is not yet where we want it to be."

That is not to say that Vettel, 28, does not have a private life.

Indeed, and almost completely unknown to the wider world, the quadruple world champion and his partner Hanna recently welcomed their second baby daughter.

Many people only realised the news about Vettel's second child when television cameras recently overheard a private conversation between him and Ferrari president Sergio Marchionne.

"Matilda!" Marchionne exclaimed. "Your first one?"

Asked by El Pais why he chooses to keep his private life so private, he explained: "There are people who respect you and people who do not.

"I am a sportsman, nothing more. Obviously, when you're on the grid and the stands are filled and people encourage you with your flag or Ferrari's flag, that's one thing, but my private life is something else.

"It does not necessarily have to be linked to my work. That's how I see it anyway," Vettel added.