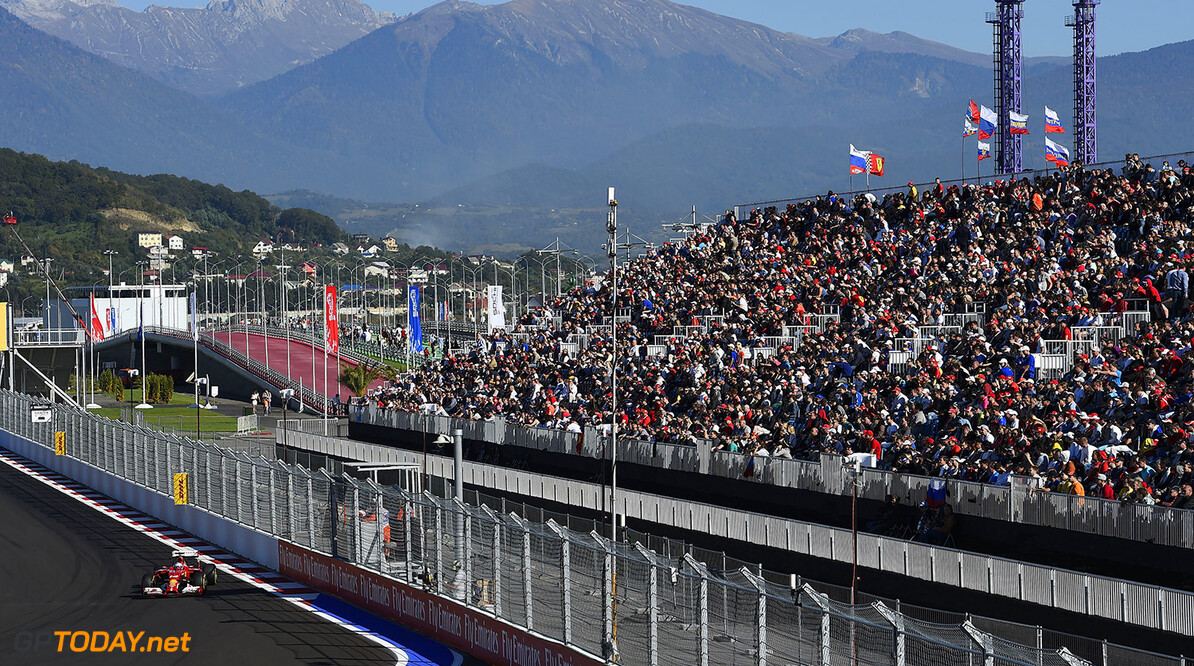 10am GMT and we have a clear day at the Sochi Race Track. The washout yesterday, means that all teams will be cramming their programs into this hour session. Let the madness begin!

The First piece of news is that Alonso will not continue to run the newly Upgraded Honda Engine for the remainder of the weekend. To make matters worse, he will still start at the back of the grid for Sunday's Race.

Six minutes have gone, and there is no sign of any diesel, only the smell of Formula One Fuel with 11 representative times have been set already. Teams as expected, are splitting their programs for this session as they try to work out the characteristics of the Pirelli Tyres. This is a vital hour because engineers are unsure whether this race will be a two or three-stop - or maybe even some can manage a one-stopper? Not only that, the pitlane loss is much higher than it is at most circuits.

Bottas sets the pace on a 7 lap stint, only for Nico Rosberg's Mercedes to smash that time by 3 tenths on the German's first lap. Meanwhile his teammate Lewis Hamilton has a major lockup and therefore flatspots his Super Soft Tyre, making him 8 tenths off the pace.

Red Flag and the session has stopped due Carlos Sainz having a high-speed accident. We have 10 minutes till we get official confirmation from the team and the FIA that Sainz is conscious and is responding to the doctors. He has been taken to the Medical Centre due it being a head injury.

The question is now whether he will participate in Qualifying  which is under two hours away, and if so, will Toro Rosso be able to repair the car in time?

Diesel on the track, Washouts and Red Flags means that the teams have barely had any running over the three sessions. Sochi is already a new track to the calendar, so this makes way for a very interesting Race and Qualifying.