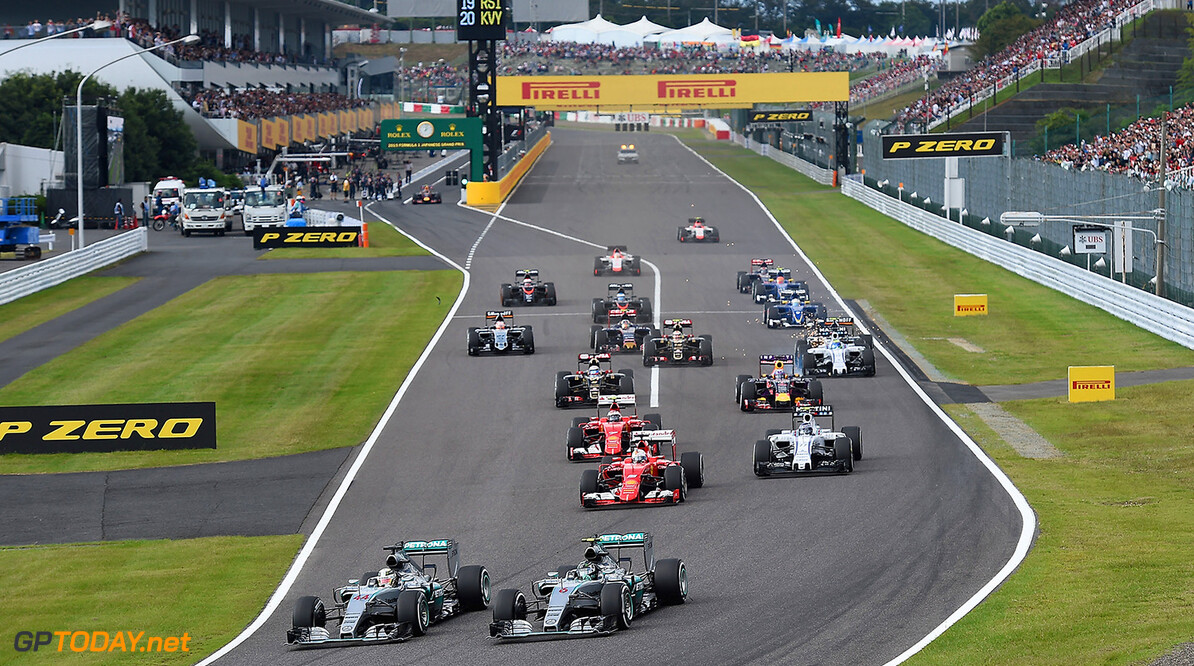 Rosberg had less power at the start in Suzuka

Nico Rosberg has revealed there was a technical reason he fell behind teammate Lewis Hamilton after starting the Japanese grand prix from pole. According to some, the fact Hamilton won yet again despite starting behind his Mercedes rival in Japan is a clear sign the Briton is unbeatable in 2015.

"Hamilton, like Senna -- cold-blooded and without mercy for his rivals," said Italy's La Gazzetta dello Sport, noting that the reigning champion also matched his hero Senna's career tally of 41 wins on Sunday. And La Stampa added: "Already by the second corner you could see that Hamilton would be the winner."

Rosberg, however, says there is more to the story. For a start, he was sluggish off the line due to a technical problem, the German insisted. "I got away well but just before turn 1 Lewis was suddenly beside me," he wrote in his latest column for Bild newspaper. "My engineers told me afterwards that compared to Lewis my engine had less power because of overheating."

As for Hamilton's controversial and muscular overtaking move, which caused Rosberg to run off the track, the German insisted he was simply playing by team rules. "I know what people are saying -- things like I am too soft," admitted Rosberg. "But we have these rules in the team that we have to obey when we are fighting. So I behaved as I should have, as a collision would have meant zero points for the team."

However, not everyone is convinced about Rosberg's 2015 credentials in his fight against Hamilton. F1 legend Alain Prost traces the German's competitive decline back to Spa-Francorchamps last year, where Rosberg was severely reprimanded by Mercedes for colliding with Hamilton. "To me, there is a Rosberg before Spa and a Rosberg after Spa," he told the French broadcaster Canal Plus. "For me, he never recovered from that when he practically became the number 2." (GMM)