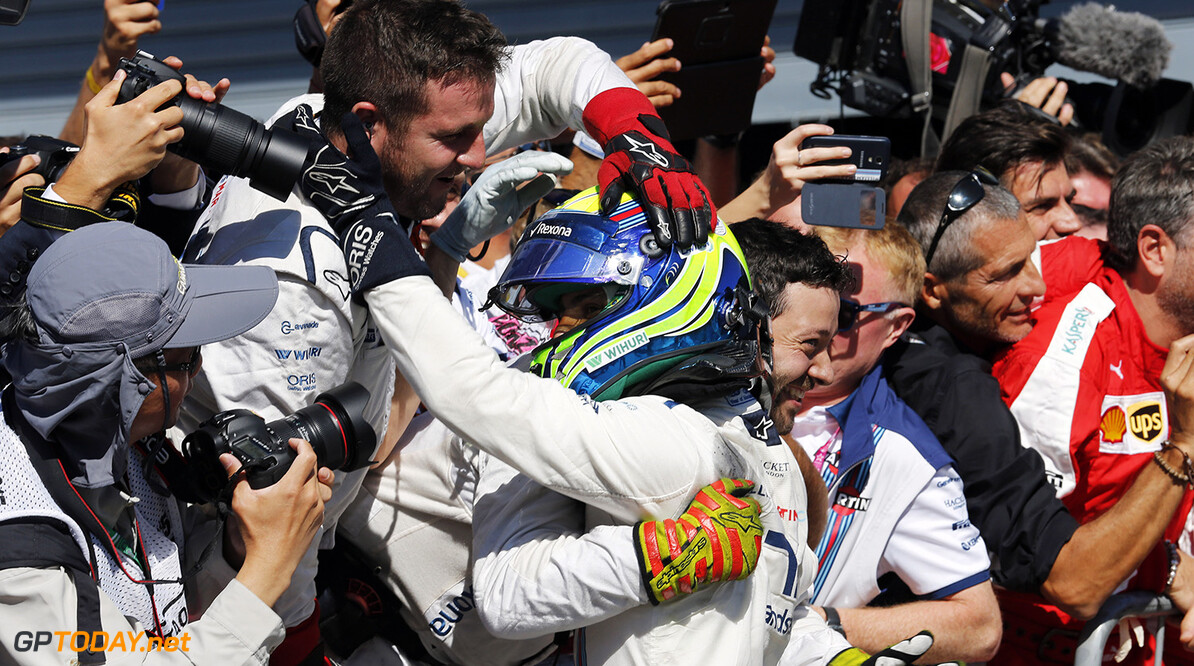 Felipe Massa says he has no regrets about being ousted by Ferrari. At Maranello, the Brazilian was competitive alongside the great Michael Schumacher and almost won the world championship whilst Kimi Raikkonen's teammate in 2008.

Some believe it was Massa's near-fatal crash in 2009 that subsequently hurt his form, but now fully back up to speed with Williams, the 34-year-old has another explanation. "Let's just say I did the right thing at the right time," Massa, referring to his departure after an eight-year Ferrari career in 2013, told Italy's La Repubblica. "It was time to change," he said.

Now, Massa is back on song even with the highly-rated Valtteri Bottas as his teammate, with some believing the diminutive Brazilian's pace is ultimately the reason Ferrari decided against signing the Finn for 2016. "My story with Ferrari was beautiful, intense, honest, like the applause I got (on the podium) at Monza showed. But it was time to feel important again."

Massa says his status at Ferrari slipped suddenly when Fernando Alonso was signed in 2010. "At first, yes (I was important)," he said. "Then things changed when Alonso came. I looked around and saw that suddenly I had no power over things, over the details. And our sport is made of the details."

"And you can change them only if you have the power. It's all about power, and I had lost it. The most obvious symptom was that I did not feel important anymore," Massa explained. "It was enough to see it just by making eye-contact with the people around me. It was impossible to be happy."

Massa said he thinks Ferrari's approach to the Alonso era was "wrong", but admits he also questioned himself during that period. "So many times I thought I should be less kind. Harder and selfish. But then you look at yourself and take stock."

"Many things have happened to me. I was friends with a legend like Schumacher and a golden boy like Bianchi. I went through two or three eras of the sport, I saw injustice and the worst time of my life when I was forced to let my teammate past me, but I also won a lot and above all I enjoyed. I fell often, but every time I got up. No, I would not change anything. I have always been myself, Felipe, and if that caused me some difficulty then my strength allowed me to overcome and become a man and a better father," said Massa.

Asked if he has a message to his harshest former critics, he answered: "No, because before and after they wrote nice things. Consistency is their problem. If I was going to say something bad to all those who have changed their mind, I would have no time to drive!" Massa smiled. (GMM)