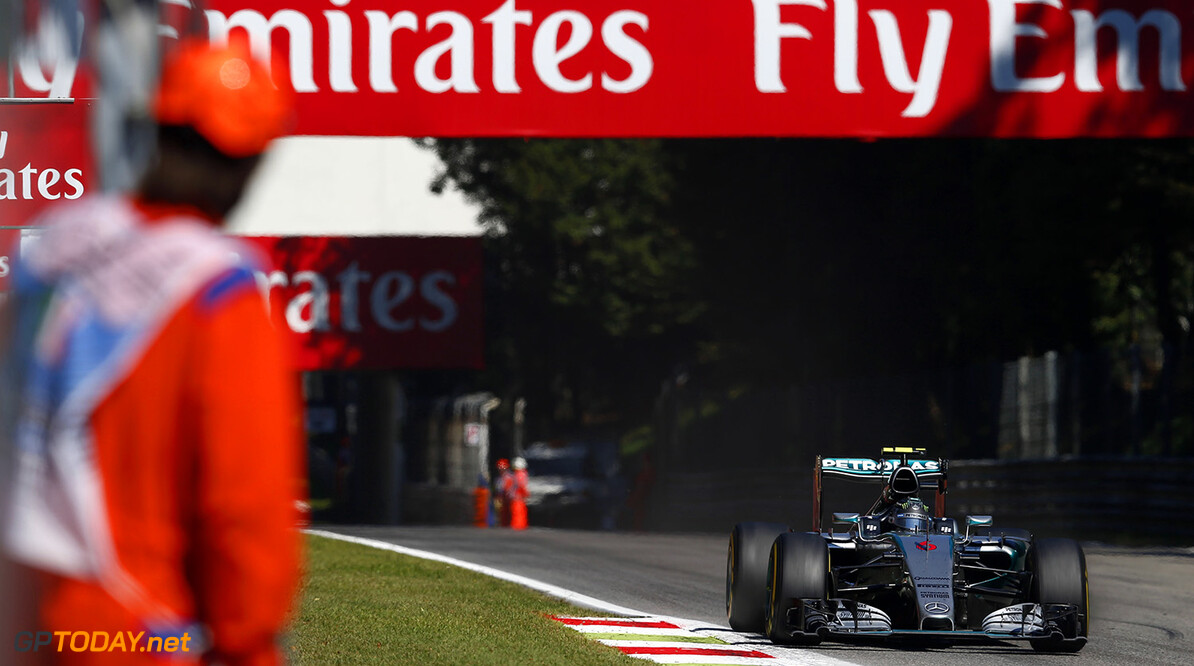 Nico Rosberg remains free to chase Lewis Hamilton for the 2015 title, their Mercedes boss Toto Wolff insists. That is despite the fact that Rosberg's retirement at Monza leaves him a whopping 53 points behind, which in the past might have been enough for a team to conclude that a clear championship pecking-order should be imposed. "No," Wolff told Speed Week, "there are still seven races left and 175 points still to give out. So nothing is decided yet."

Indeed, while downbeat after Monza, Rosberg said he is not giving up. "I know I need a small formula one miracle if the championship is still going to work out for me," he wrote in his latest column for Bild newspaper. "But my fighting spirit is still alive. 'Give up' is not in my vocabulary. I still believe that I can be world champion," Rosberg added.

So Wolff said the pair will be left alone to fight, even though the chasing Ferrari of Sebastian Vettel is ready to pounce. "We will let them fight, just as we always have done," he insisted. Two former F1 drivers, however, know exactly how tough Rosberg's battle is.

Both David Coulthard and Mark Webber have been at championship-winning teams as their respective teammates consistently dominated. "My weakest year was the year after (Sebastian Vettel's first championship) and Nico is going through that now," former Red Bull driver Webber told BBC radio.

And Coulthard said he can also relate to Rosberg's plight, having often struggled during his McLaren years to match Mika Hakkinen. "I know what it is to be alongside a driver who fundamentally is just that bit faster," he said. "You don't give up and say 'Oh, he's better than me.'. You keep digging deep, and keep thinking of ways to win. You keep believing. But Rosberg has not been the equal of Hamilton this year, and he knows that," Coulthard added. (GMM)