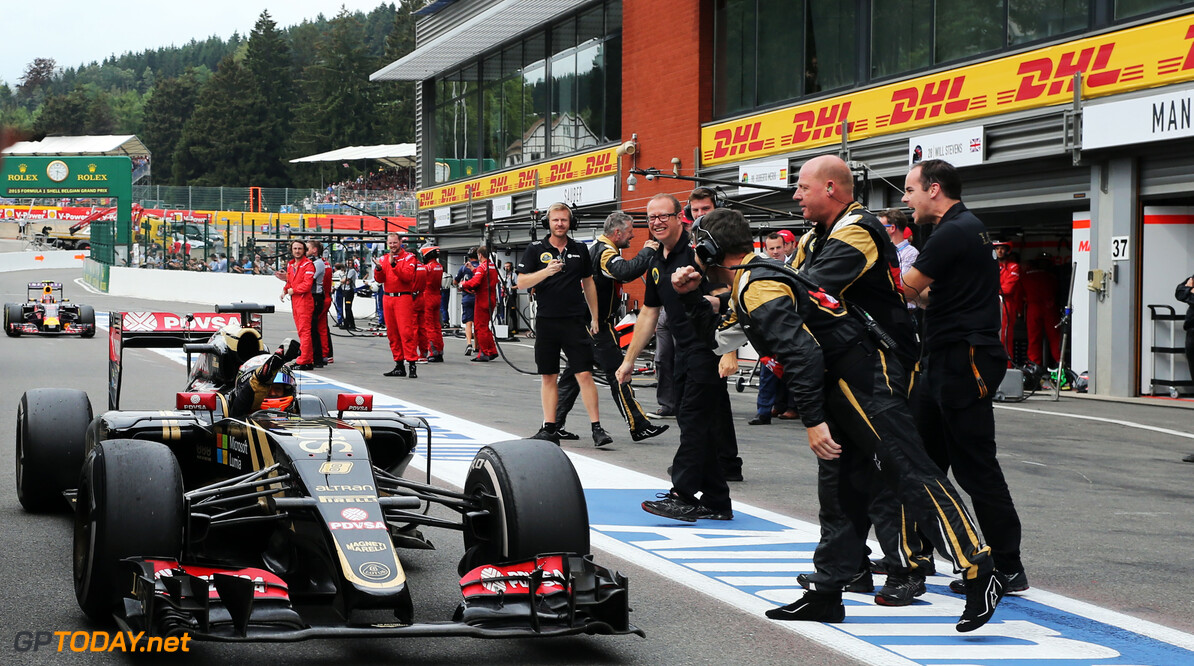 Four days after the Belgian grand prix, Lotus and its black and gold cars have finally left Spa-Francorchamps. All of the Enstone team's transporters and race equipment had been barred from returning to its UK headquarters by court bailiffs, following action taken by disgruntled former reserve driver Charles Pic.

Frenchman Pic was demanding an $800,000 settlement for breach of contract, but it is believed he is not the only creditor. Toyota, the Cologne-based motor sport arm, is understood to also be owed money. Nonetheless, Lotus has now been allowed to leave Spa, a French broadcaster reports. "Although the dispute between Lotus and Pic is not fully resolved, progress has been made," said Canal Plus.

It could be that the 'progress' is movement in the negotiations between Lotus and the French carmaker Renault, who are believed to have made a concrete offer to take over the Enstone team. The French magazine Auto Hebdo claims Renault is offering EUR 7.5 million now, and a further EUR 50m to be paid to Lotus' current owners over the next ten years.

Renault would then own 60 per cent of the team, with quadruple world champion and F1 legend Alain Prost coming on board with 10 per cent in a deal similar to that between Niki Lauda and Mercedes. Gerard Lopez would reportedly then retain 30 per cent, including a post as consultant.

At Lotus' Enstone base, fingers are crossed that a deal can be signed quickly. "We would welcome them (Renault) with open arms," the Austrian news agency APA quotes Lotus engineer Alan Permane as saying. "We have a great relationship with Mercedes, but to again be a factory team would be fantastic." (GMM)