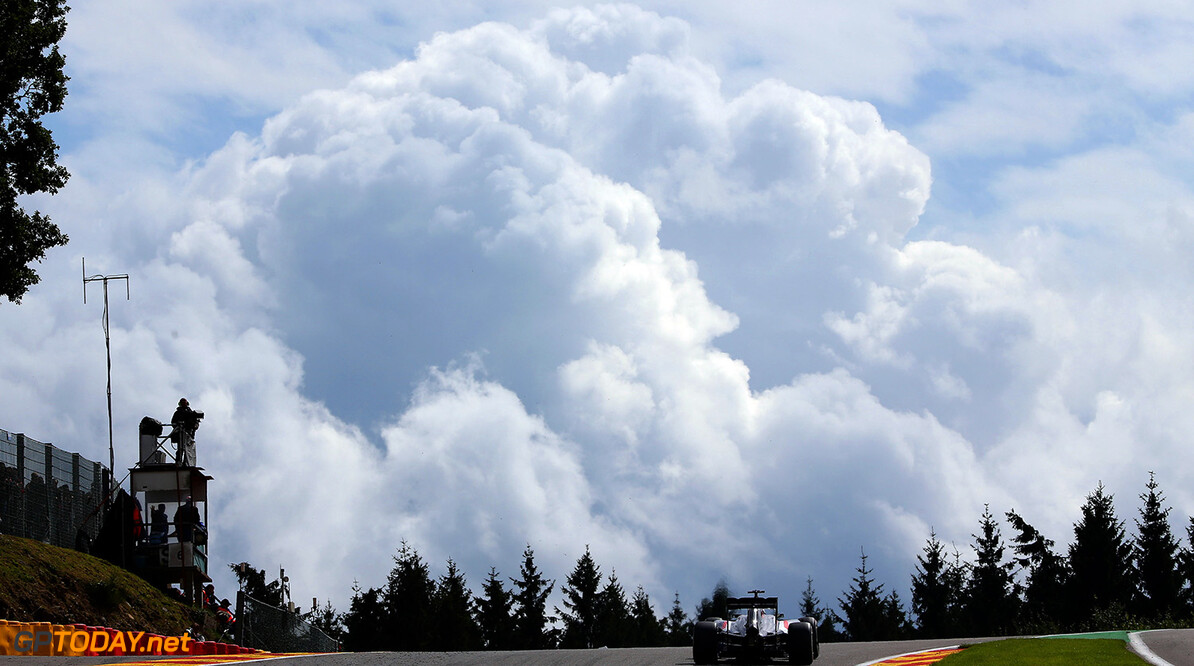 Lewis Hamilton lead from start to finish to claim his sixth win of the year, whilst extending his advantage over title rival Nico Rosberg to 28 points.

Compared to previous SPA races, Hamilton conducted a well controlled race without any issues whatsoever, whilst Rosberg was always on back-foot thanks to a poor start which he later admitted was entirely his fault. Eventually Rosberg caught up to Hamilton thanks to the team pitting him early on lap 12, so he could get the undercut on Ricciardo and Perez to jump up to second place. Hamilton meanwhile said that he always had the race under control despite Rosberg's comeback post virtual safety car. He has never felt more confident in mounting race victories and it is starting look ominous that he will  now go on to win a 3rd Drivers' Title, unless Rosberg can up his game.

Another great story was that Roman Grosjean scored his first podium in 2 years for Team Lotus despite latest drama surrounding the team. A truly impeccable drive which Grosjean admitted to finding it hard to take the last corner on the final lap as he held back the tears. Although it was initially looking that he would finish 4th, but Sebastian Vettel - who at the time was running in 3rd - suffered a tyre failure with 2 laps to go. Ferrari attempted a 1 stop with Vettel, which almost worked, but unfortunately the Medium Tyre only lasted 27 laps. Vettel was very unhappy with Pirelli after the race, as he feels that what happened with today and with Nico Rosberg on Friday was 'Unacceptable' and although it wasn't as bad as Silverstone 2013, driver safety should not be taken lightly. Furthermore both Alonso and Hamilton have also expressed concern as well.

Williams were apologetic to Bottas in which they made a complete mess in their first round of pit stops through putting the wrong tyres on his car. They sent him out with 3 Soft Tyres and one Medium Tyre, which was a slamdunk drive-through penalty for Finn who has one year remaining on his contract with Williams. Bottas admitted after the race that it probably cost him 5th position and instead, he finished in an unrepresentative 9th. At the time Bottas did not realised what had happened, he just felt that one of his tyres had a different pressure to the others. It didn't hinder his race too much, as the real problem was that the Williams lacked Race Pace.

Perez continued Force India's good form of late, finishing in 5th, although at some point a podium finish could have been likely, Perez did admit that they 'lacked the pace' to do so. Force India ran a low downforce setup on the car, which meant Perez suffered with high tyre degradation and comprised sector 2. But Team Principle Vijay Mallya took the positive line and said '"Perez didn't put a wheel wrong all day and was able to keep some very competitive rivals behind with an intelligent and defensive drive." On the other side of the coin, Hulkenberg had to retire at the start due to 'Sudden Lost in Power'

Mclaren's woes continue, with Button confessing that it was just 'Embarrassing' today, as he was 'Driving around' thanks to deployment issues with ERS, he ended up finishing 40 seconds behind team mate Fernando Alonso who also had a subdued race finishing in 14th. Mclaren and Honda appear to be back at square one and with their new upgraded engine, it shows that it has no real performance and to make matters worse, it also has reliability issues. Looking ahead to Monza, Button - who is usually optimistic - did not see any light at the end of the tunnel, claiming that 'Monza will be the same'

Finally Red Bull had mix race with Ricciardo set for a good finish, till a hydraulics failure, upon exiting the bus stop chicane. However Kvyatt finished in 4th with his third top six finish in a row, which cements that he is no number two in the Red Bull pecking order, as he looks to take the fight to Ricciardo for the latter half of the season.