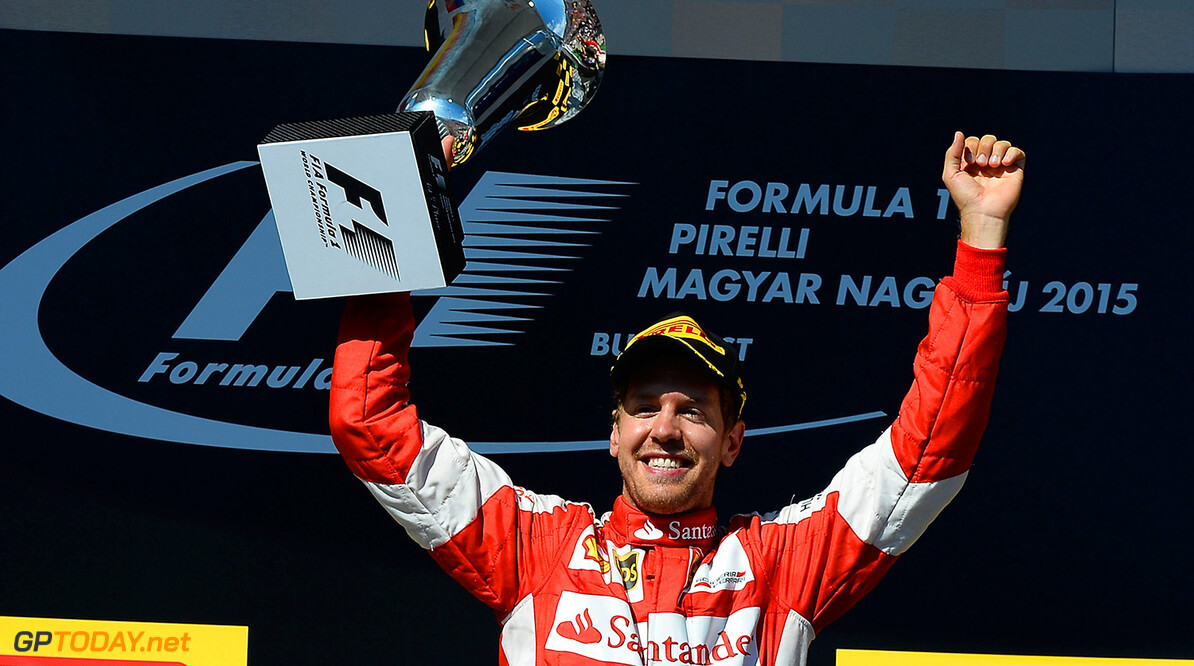 We are getting closer and closer to Mercedes - Vettel

While Ferrari is looking up the road to pacesetters Mercedes, Williams says the fabled Italian team should also be watching over its shoulder. Entering the summer break with victory in Hungary, Sebastian Vettel says Ferrari's 2015 resurgence is right on track.

"A second win, several podiums -- and after major changes (within the team) in the winter," he told Germany's Sport Bild. "We are more than on (target with) our plan. We want to repeat the magic of the past. It is an ambitious goal, but the potential that I see is huge."

Vettel admitted, however, that Ferrari might need to wait until 2016 for a realistic championship assault, but he vowed to keep targeting Mercedes anyway. "Of course we are trying to catch them as soon as possible," he said. "We know it is not so easy, as they have a powerful engine, a strong car and two strong drivers. But we are coming closer and closer and at some stage we will turn the situation around," added Vettel.

Italy's La Gazzetta dello Sport tipped Ferrari to take another step at Monza next month, when the latest token-upgraded 'power unit' upgrade is set to debut. But Pat Symonds, the respected technical boss at Williams, says Ferrari should also be looking over its shoulder for the British team's white cars.

"Can we beat Ferrari? I have reasons to be hopeful," Symonds said in the latest edition of Italy's Autosprint magazine. "At the moment I would say the performance of Ferrari and Williams is quite similar. It may vary slightly depending on the circuit, but you can be sure that Williams will not be content with third place in the second part of the season," he insisted. "Our goal is to finish the championship in second place, just ahead of Ferrari," said Symonds. (GMM)