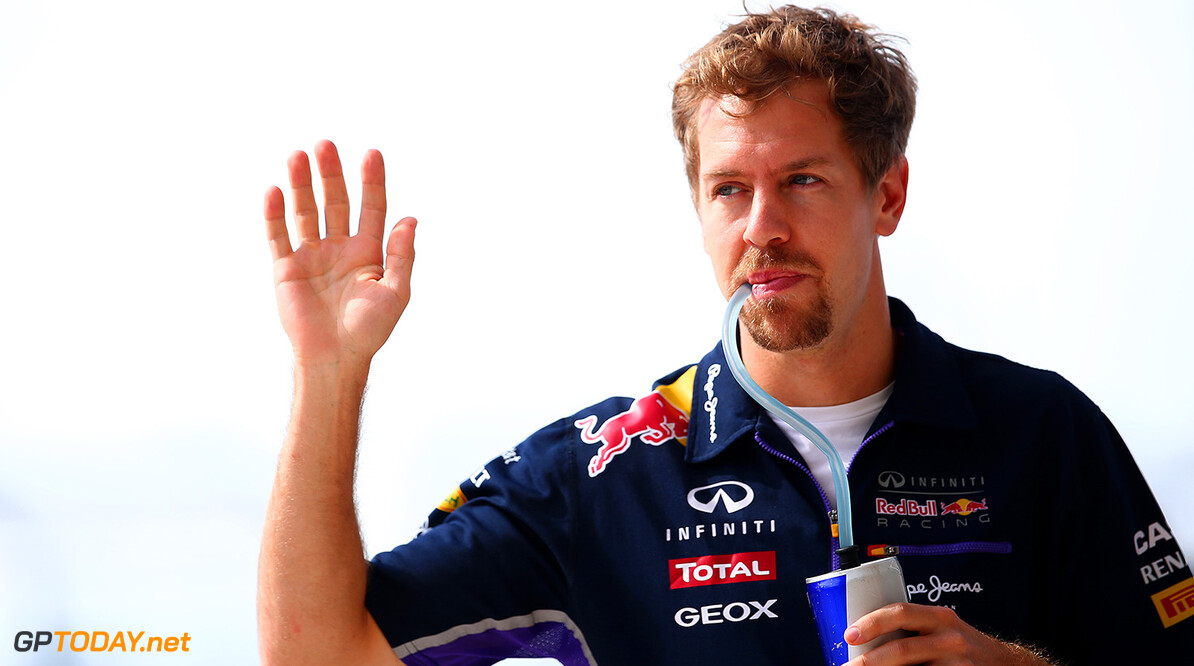 Vettel breached his contract by appearing in Ferrari garage

Sebastian Vettel breached his contract by kicking off his Ferrari career early on Tuesday. Just days after his last grand prix with Red Bull, the quadruple world champion on Tuesday appeared in the Ferrari garage at the Abu Dhabi test, albeit wearing plain clothes.

But he talked with engineers including Pat Fry, and donned a set of Ferrari headphones as he tuned in to the test action involving his 2015 teammate and friend Kimi Raikkonen. The German expressed frustration last week when Red Bull denied him the chance to test the Maranello-built 2014 car at this week's post-race test at Yas Marina. "The (Red Bull) engineers suddenly panicked that I will take all these secrets to Ferrari," he had said.

Vettel's retaliation may have been starting his non-driving work at Ferrari ahead of time, but Dr Helmut Marko pointed out that it is technically a breach of contract. "Legally, it's not ok," the Red Bull official told Germany's Auto Bild, "but I couldn't care less."

That is probably because Vettel has long been excluded from the details of Red Bull's plans for 2015. "Of course there is information in terms of future development that normally would have been available to a driver," team boss Christian Horner told Austria's Servus TV this week.

"Formula one is such a competitive business that there is information that you (a driver) can take to another team," he added. "But Sebastian is very professional, so I don't think he asked us too many questions about the new car," said Horner. (GMM)
F1 News Sebastian Vettel Ferrari
<< Previous article Next article >>
.