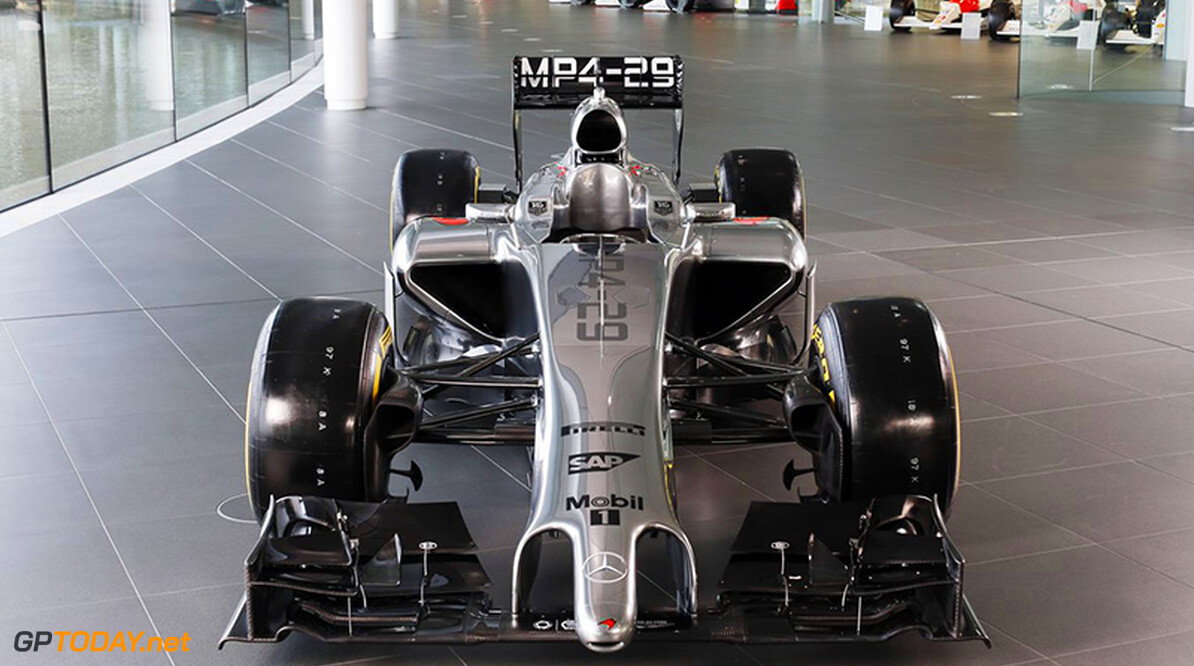 McLaren's new works Honda era got up and revving at Silverstone on Friday. The test, allowed under F1 regulations because it was for 'filming' and with promotional Pirelli tyres, took place behind closed doors.

But on Twitter, Honda released images of tester Oliver Turvey driving the interim MP4-29H car - bearing the word 'Honda' on its engine cover - out of the pits.

It is likely to be tested in earnest at the post-race Abu Dhabi test.

"First ever shot of the McLaren Honda. Start of a new era!" said the Japanese manufacturer on Twitter.

"Media reports claiming that Carlos Sainz jr is being considered by McLaren for a race seat in 2015 are incorrect," said a McLaren spokesman.

The Spanish sports daily AS, however, insists there is some truth to the rumour, adding that Sainz would be backed by the potential sponsor Movistar and could be signed as a test driver.