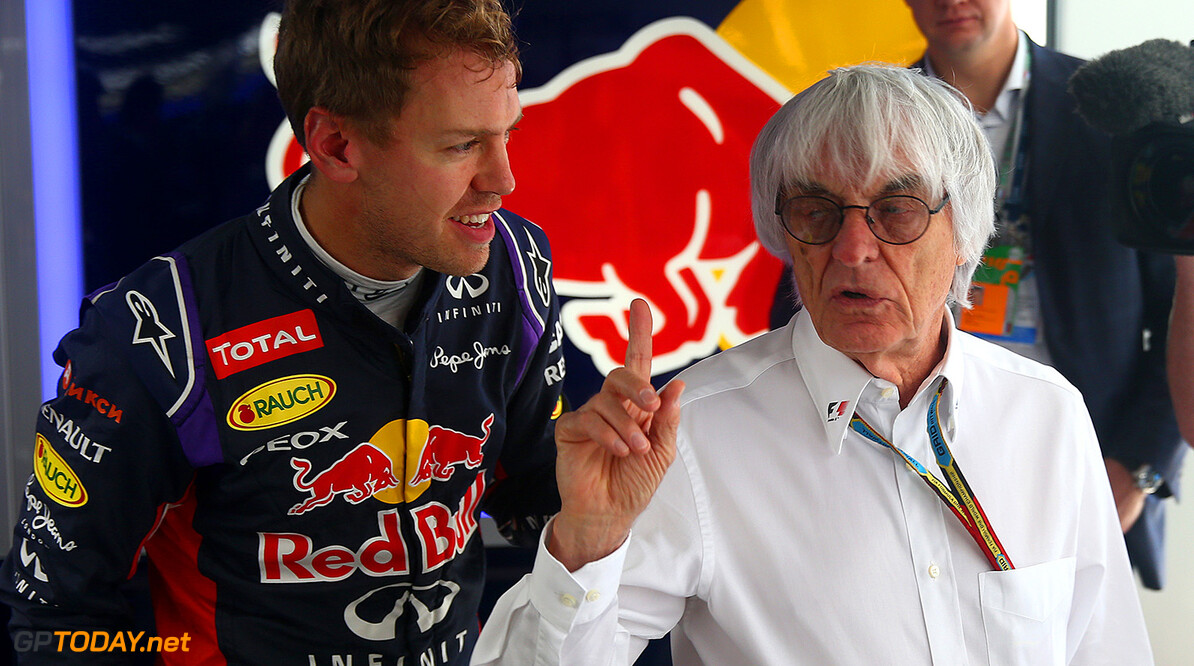 No point in reaching out to young generation - Ecclestone

Bernie Ecclestone has ensured the world of formula one on Friday will be discussing one thing -- his controversial views. Amid collapsing teams and a so-called 'crisis' for his sport, the F1 supremo provided a diversion with a typically politically-incorrect interview for a publication called Campaign Asia-Pacific.

Now 84, the Briton once courted controversy by saying he admired Hitler, and he riled others by joking that women should be dressed white like other domestic appliances. In Friday's interview, he said women "like to criticise", and likened collapsing backmarker teams to "ladies and credit cards".
More about Ferrari


And as Marussia and Caterham fight for survival, Ecclestone predicted nobody will miss them "at all" if they do fold. "They've only got a name that people would know because of the problem they're in," said Ecclestone, comparing them the paralympic champion Oscar Pistorius who gained greater notoriety for the high-profile murder trial. "Same with these two teams," said the F1 chief executive. "You need teams like Ferrari."

Arguably the most alarming comments, however, are about Ecclestone's attitude to social media, as he has been heavily criticised for not embracing the power of mediums like Facebook and Twitter. "I couldn't see any value in it. And I don't know what the so-called young generation of today really wants," he said.

He admitted he is more interested in marketing F1 to the older generation, because a 70-year-old has "got plenty of cash". "Young kids will see the Rolex brand, but are they going to go and buy one? They can't afford it," said Ecclestone. "So there's no point trying to reach these kids because they won't buy any of the products here and if marketers are aiming at this audience, then maybe they should advertise with Disney." (GMM)
F1 News Ferrari Marussia
.