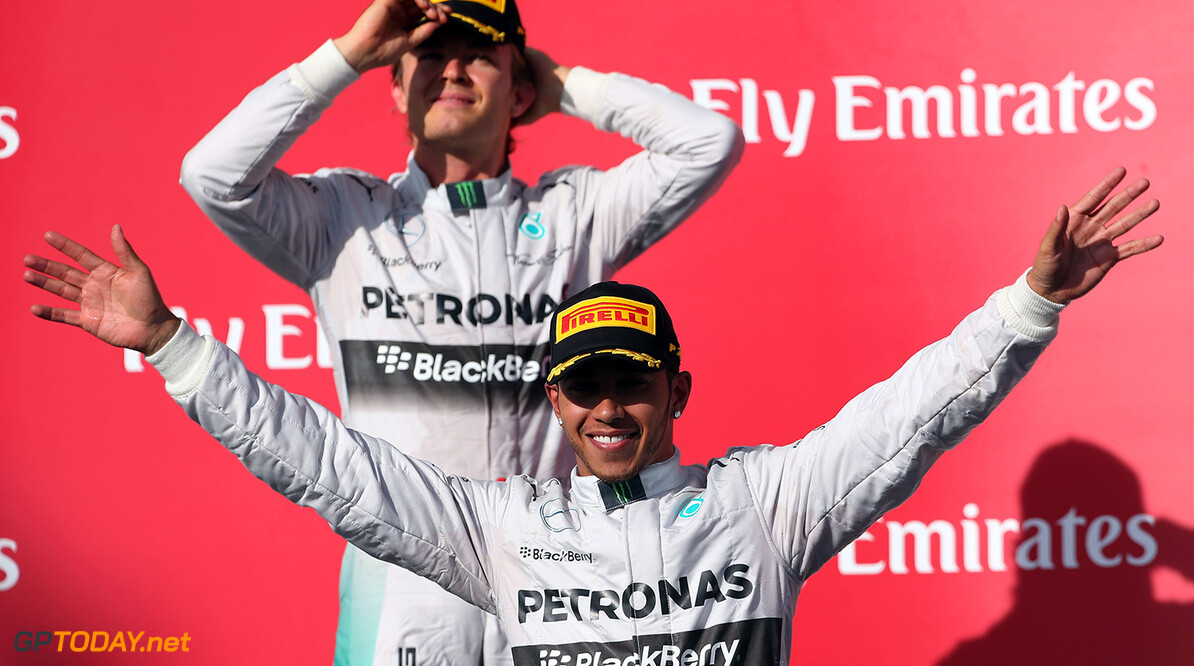 Rosberg 'not thinking about' about fading title hopes

Earlier the runaway title leader, Nico Rosberg's championship hopes have faded dramatically after five straight wins for teammate Lewis Hamilton. The in-house Mercedes showdown is now guaranteed a 'double points' finale in Abu Dhabi, but it is true that German Rosberg's fightback is now slipping out of his grasp.

That is because a pair of second places in Brazil and Abu Dhabi will still guarantee a second drivers' crown for the ultra on-form Briton Hamilton. "I am not thinking about how I will react if I don't win the title," Rosberg told Germany's Bild. "And I don't want to think about such negative things. But my situation is really not negative -- all the possibilities are there, even if it is a bit harder now," he said, referring to his latest defeat to Hamilton in Austin.

Indeed, while 24 points with two races to go might ordinarily be 'check mate' in a title fight, the controversial double-points finale is a potential problem for Hamilton. Hamilton agreed: "If the points were the same for the next two races, I would feel in a much more opportunistic position. But I know it's very much still open. It is what it is," said Hamilton. "There's no point being upset about it."

If technical reliability or collisions do not intervene, most experts now expect Hamilton to nonetheless hang onto his lead until the Abu Dhabi chequer. His thoughts will then turn to celebration and negotiations for a new Mercedes contract beyond 2015.

In Austin, he confirmed his split from entertainment manager Simon Fuller. He now says he feels "quite comfortable" handling the talks with Mercedes by himself. "Nico did his himself, Sebastian (Vettel) did his himself, and there's no reason I couldn't do it myself."

He ruled out reuniting professionally with his father and former manager Anthony. "Nope," said Hamilton. "Me and my dad have a great relationship (now). I hope to see a long future with this team. Nothing needs to be changed too much," he added. (GMM)
F1 News Lewis Hamilton Nico Rosberg Mercedes
<< Previous article Next article >>
.