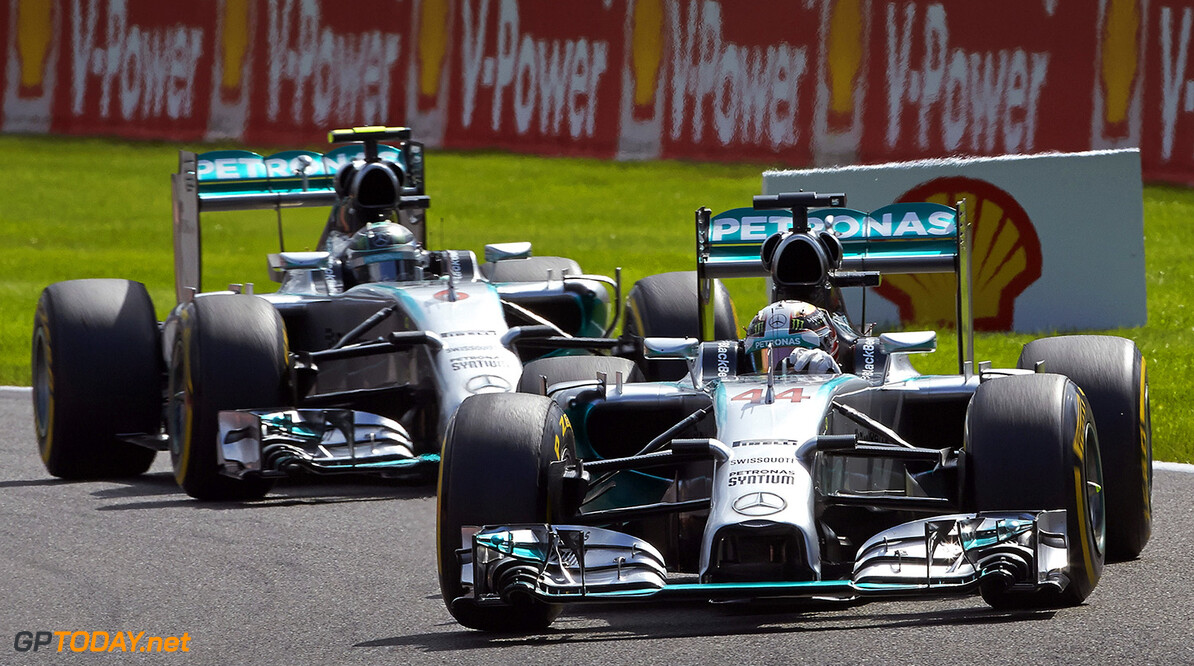 Mercedes won't let drivers 'completely off the leash' yet

Mercedes is not yet willing to let its drivers "off the leash" in their three-race fight for the drivers' title. That is despite the German squad having wrapped up the crucial and lucrative constructors' championship three weeks ago in Russia.

It was said at the time that Mercedes, having tried to contain the hostility of the duel between Lewis Hamilton and Nico Rosberg, might react to its title success by giving the drivers freer reign to battle for F1's biggest prize. But complicating the issue, as far as team boss Toto Wolff is concerned, is that Daniel Ricciardo remains mathematically in the hunt for the title.

"I'm a pessimist," the Austrian told Der Spiegel ahead of the US grand prix in Austin. "The lead that Lewis and Nico have over Daniel Ricciardo is not so big that we can let our drivers completely off the leash."

Told, however, that a silver-clad driver is surely now all but guaranteed the crown, Wolff insisted: "Before you have reached a goal, you cannot sit back. It can still go wrong. I call this purposeful paranoia," he added.

"I honestly don't want to be going to this 50-point race in Abu Dhabi with Ricciardo still theoretically able to snatch the title from us. I would like clarity before that. And when we have the luxury situation that only our drivers can win, then we can talk about it again," said Wolff.
F1 News Daniel Ricciardo Lewis Hamilton Nico Rosberg Mercedes
.