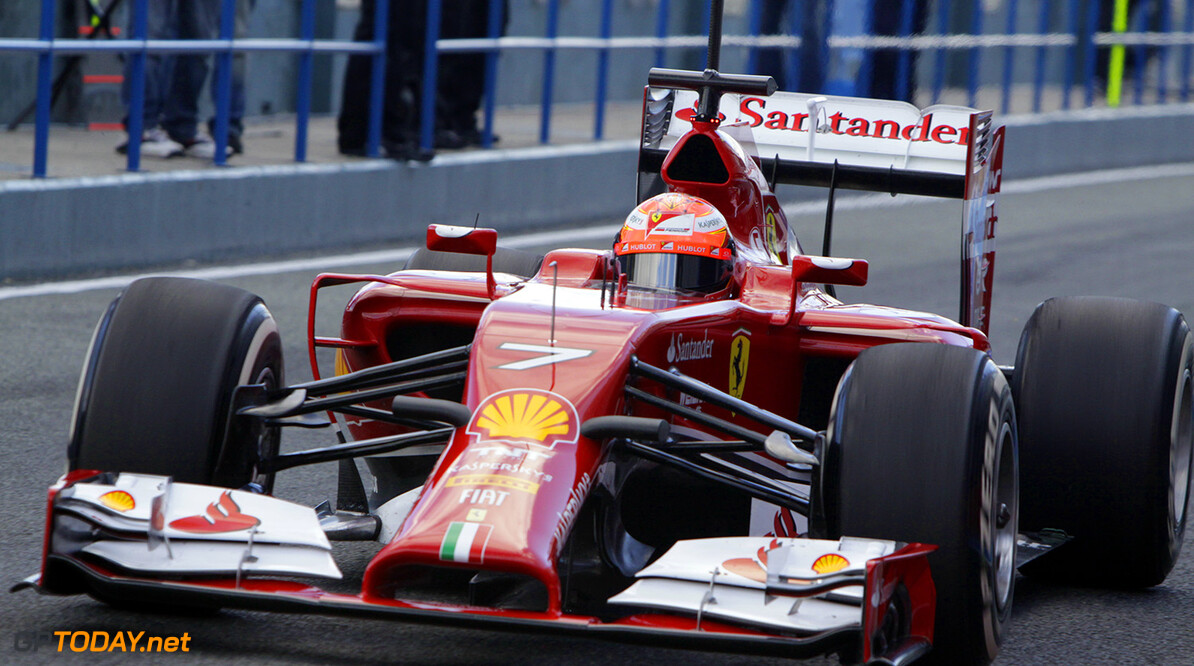 Mercedes, Ferrari have a head start for new nose designs

Two teams already have a "big head start" when it comes to the 2015 regulations, according to Force India technical boss Andy Green. With the shape of this year's nose designs ranging from the odd to the unseemly, the FIA has moved to end the situation by tweaking the rules for 2015.

It means teams like Lotus, Force India, Toro Rosso, McLaren and Caterham - with the sorts of designs most targeted by the FIA rule change - are having to fundamentally re-design the front of their cars for next season. With a slightly less radical approach this year was Red Bull, but designer Rob Marshall says the change to meet the 2015 rules will still make a big difference.

In initial wind tunnel testing, he said "We were surprised how much (downforce) we lost". His counterpart at Force India, Andy Green, agrees: "The first wind tunnel test showed 20 points of downforce lost".

Green, however, thinks some teams have been dealt an advantage by the 2015 rule change, as the grid next year is expected to be filled with noses resembling those of this year's Ferrari and Mercedes cars. Germany's Auto Motor und Sport said those two teams are very close to already complying with the 2015 rules.

Green said that is a "big head start" for Ferrari, and particularly Mercedes, having already gone through the long and expensive process of crash-testing the impressively short nose on its dominant W05 car. He explained that the nose is central to the entire "aerodynamic philosophy" of the car, meaning Mercedes and Ferrari's rivals now have "a lot of lessons" to learn. (GMM)
F1 News Ferrari Lotus F1 Mercedes McLaren Force India
<< Previous article Next article >>
.