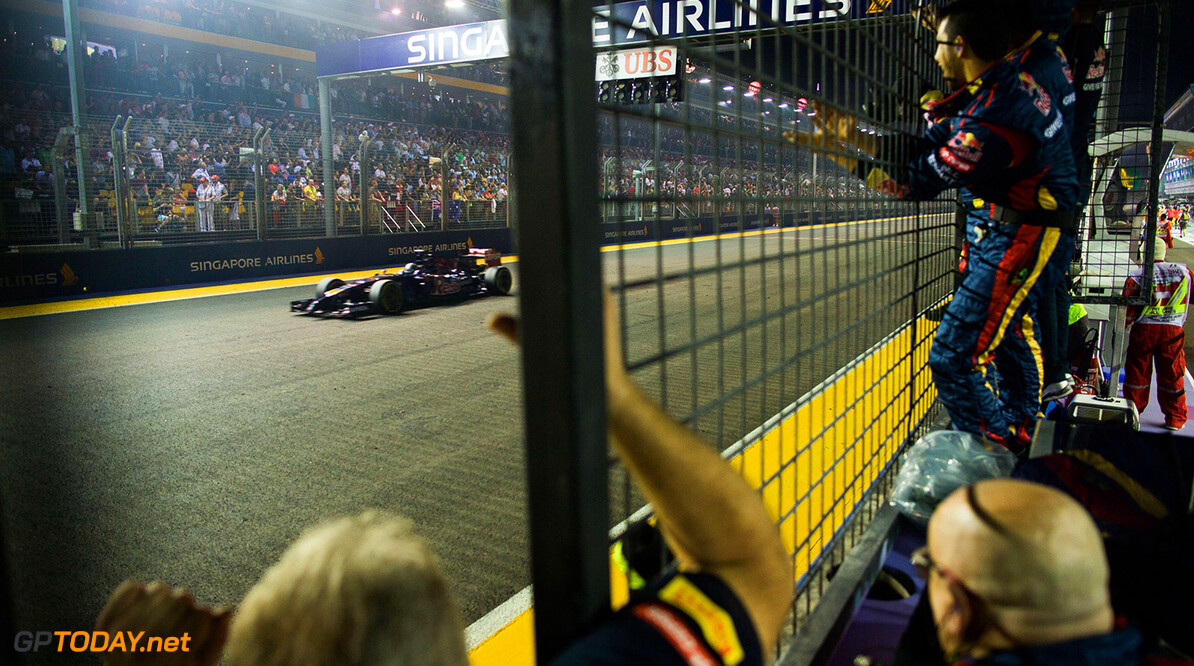 Jean-Eric Vergne hopes his impressive drive in Singapore will open a rival team's garage door for him in 2015. Dumped as a Red Bull-backed driver, the Frenchman will leave the energy drink company's second team Toro Rosso at the end of the season, to be replaced by teenager Max Verstappen.

Vergne, 24, has had a largely anonymous 2014 season alongside the impressive rookie Daniil Kvyat, but in Singapore he left all his regular rivals in the shade with a spectacular drive to sixth place. The homepage at Faenza based Toro Rosso's website still exclaims 'Vergne Va Va Voom!" "Wow! What can we say?" the official report reads. "Jean-Eric Vergne delivered one of the best drives of his formula one career".

According to France's Auto Hebdo, Vergne hopes Toro Rosso was not the only impressed F1 team on Sunday. "When you have a good car, that's when you need to show what you can do, and that's what I did," he said. "I think I showed my potential, I did everything I could. Let's see if it can change things. I keep my fingers crossed for a cockpit for next year with a good team. I really hope so," he added.

According to Italy's Autosprint, one planned update for the STR9 was a new nose, but it did not debut in Singapore due to problems with the FIA crash test. (GMM)
F1 News Max Verstappen Daniil Kvyat
.