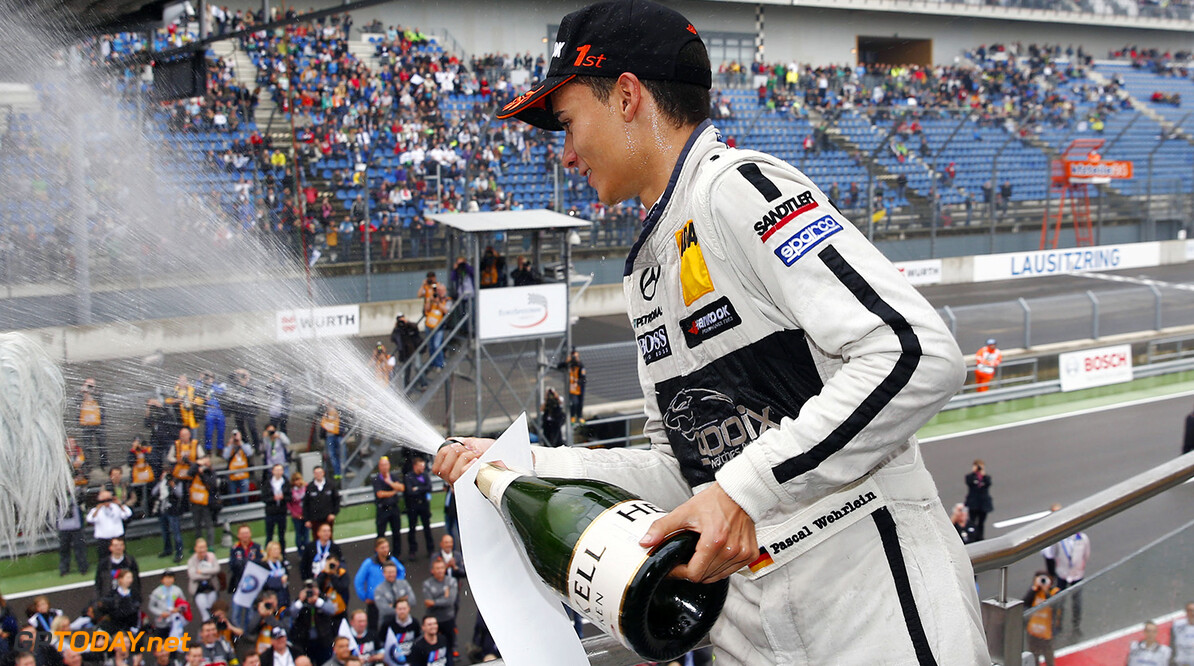 The Mercedes AMG Petronas Formula One Team is delighted to announce the appointment of Pascal Wehrlein to the position of reserve driver. After a successful early career in go-karts, Pascal (19, Sigmaringen, Germany) won the 2011 ADAC Formel Masters before graduating to Formula 3 in 2012. In his maiden season, he secured second place in the F3 Euroseries championship and claimed the title of best rookie.

For 2013, DTM with Mercedes-Benz beckoned and 18-year-old Pascal became the youngest driver in series history, continuing the long-standing Mercedes-Benz tradition of developing young driver talent. Yesterday at the Lausitzring, he took a commanding debut victory from pole position, leading every lap but one in wet-dry conditions on his way to becoming the youngest race winner in DTM history at just 19 years of age.

In addition to his DTM duties, Pascal has played an integral role in the Formula One team's race support operations during the 2014 season. In total, he has completed more than 30 days in the simulator this season, covering over 12,000 km in the virtual F1 W05 Hybrid. Pascal reached another important milestone in his career development last Thursday 11 September, when he drove a Formula One car for the first time at the Autodromo Internacional Algarve in Portimao.

As part of a Young Driver Evaluation test conducted by the team, Pascal took the wheel of the team's 2012 challenger, the F1 W03. Running a programme designed to familiarise him with the car, Pascal achieved a total of 500 km on the day, completing 109 laps and impressing the team with his progress and feedback. Pascal will travel with the team from the Singapore Grand Prix onwards as part of his reserve driver duties.

Pascal Wehrlein: "I was delighted when I learned that I would be completing a Formula One test for Mercedes AMG Petronas in Portimao. It took me a few laps to get used to the incredible speed, the very hard brakes and the high cornering speeds - it's in another league compared to the DTM. But I adapted quickly and was able to improve in each of my short and long runs. In total, I drove 500 km and didn't want to head back into the pits! The test was simply the greatest experience I have had so far in motorsport. There weren't any nerves, which surprised me - I just felt ready for it. The feedback from the team and from Toto was very encouraging and I think that I did a good job. It certainly helped that I have been working hard in the simulator since February. For me, it is a nice recognition of my efforts that I have been nominated as reserve driver for Mercedes AMG Petronas. For me, it's a dream come true to have completed this test and now to take on my new role. All my life, I have worked hard to get the opportunity to drive an F1 car. And it was always my goal to do it with Mercedes-Benz."

Toto Wolff, Head of Mercedes-Benz Motorsport: "We are delighted to officially welcome Pascal to the team after his successful test last week in Portugal. He has worked hard behind the scenes this year in our simulator, playing a very important role in our pre-race preparations. Aside from Nico and Lewis, he is the driver most familiar with all the procedures of our F1 W05 Hybrid and therefore the right choice for the role of reserve driver. He took an important step last week when he drove a Formula One car for the first time - and we were pleased to see him deliver a composed and impressive test, in line with our expectations. This was followed by a fantastic win yesterday at the Lausitzring in the DTM, making the most of conditions where pure driving talent was able to shine. Pascal has a bright future ahead of him and we are excited to have him onboard for what will be an intense conclusion to the Formula One season."
F1 News Pascal Wehrlein Mercedes
<< Previous article Next article >>
.