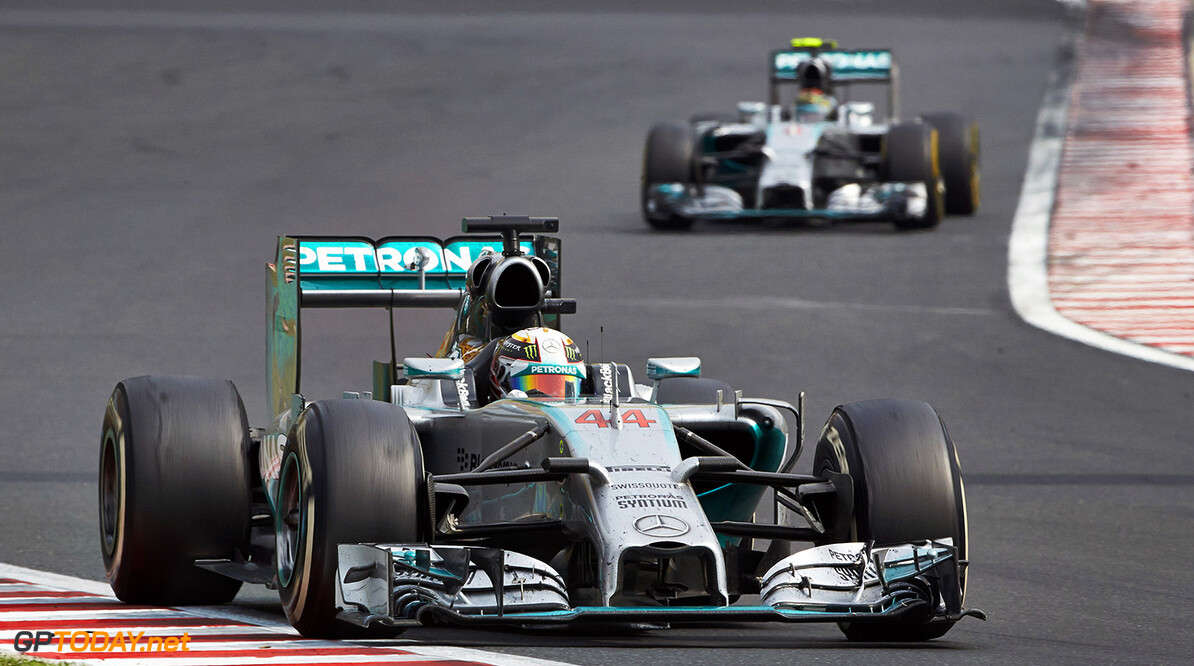 Hamilton, Rosberg disagree about how to tackle rivalry

Lewis Hamilton and Nico Rosberg emerged from F1's summer slumber disagreeing about how to tackle their rivalry over the remaining eight races of 2014. Before the holidays began, the title-battling teammates' tenuous relationship was stretched even thinner when Hamilton refused to obey a team order in Hungary.

Championship leader Rosberg, probably referring not only to Hamilton's refusal but also Mercedes' reaction, admitted on Thursday that the Budapest situation had been a "mess". The German was saying little more than that. Filling in the blanks, Hamilton told reporters: "He (Rosberg) has asked the team to sit down. He wants to discuss it. I on the other hand think it's in the past -- it's done and dusted."

But the Briton confessed that, when he heard the call to let Rosberg past on a different strategy in Hungary, he wondered if Mercedes had decided to put its eggs in the Rosberg basket. "Ultimately the team wants to win," Hamilton told F1's official website.

"Sometimes you are in a situation where you have to make a decision -- let's put all our eggs in one basket, because that gets us the best result. In that moment it wasn't easy and for sure I left there (Hungary) thinking," he admitted. "I was uneasy about it." Hamilton said the situation is clearer now and if boss Paddy Lowe issued a clear team order this weekend at Spa, it would be "down a gear and let him go!"

On the other hand, his intentions for Sunday and beyond are clear. "I want to win the championship through my ability and fair opportunity," said Hamilton. "I sure don't want to finish second and be known as a nice guy." (GMM)
F1 News Lewis Hamilton Nico Rosberg Mercedes
<< Previous article Next article >>
.