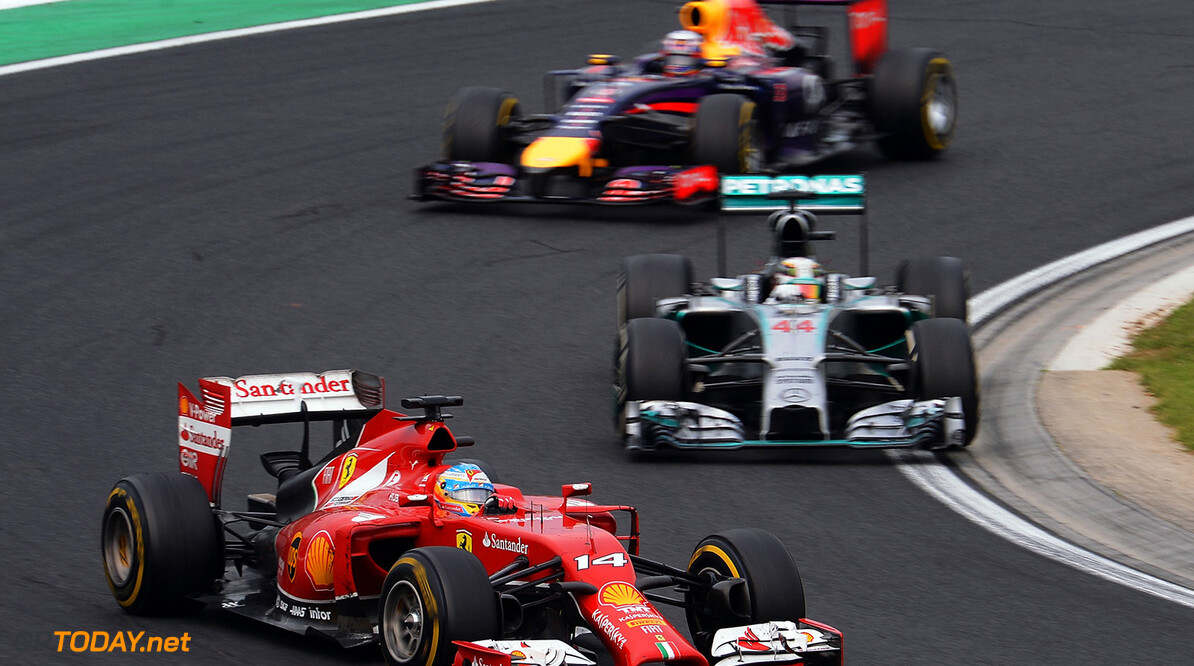 Aldo Costa insists he is "sorry" to see his old team Ferrari struggle in formula one. Amid an earlier dip in the fabled Maranello team's form, the 53-year-old was ousted by Ferrari in 2011 and he joined Mercedes, who are now utterly dominating the sport. "Comeback? Actually I am fine where I am," said Costa, who although based at Brackley is currently holidaying in his native Italy.

"Ferrari -- do we have to talk about it?" he told Ferrari insider Leo Turrini in his Quotidiano blog. "Write, then, that I am sorry. Honestly. I'm an emiliano (from the Emilia-Romagna region) and I worked for a company that is a myth. It cannot please me to see the level they are working now in formula one, even though they sent me off in a way that I wouldn't describe as exactly elegant."

"That said, I don't think Mercedes' problems in 2015 will come from the Rossa (reds). We're worried about Red Bull, who have proved and are proving to have an extraordinarily fast reaction." Asked what he thinks Ferrari's main problems are, Costa replied: "It is not absolute -- it is my opinion. But very serious mistakes were made in the strategic vision."

"An example: in 2008, we in the racing team thought it essential to have a new wind tunnel to remain competitive. We were told there was no need. In Ferrari, all the strategic decisions were always made by (Luca di) Montezemolo. He took them when Ferrari triumphed and when Ferrari ceased to triumph. Just to be clear."

When Costa was ousted, however, it was rumoured that it had come at the behest of Ferrari's number 1 driver, the influential Fernando Alonso. "I do not believe Alonso was out to get me," he insisted. "In the car, I consider him to be a great. Out of the car, I was never able to understand him -- to me he is an inscrutable, enigmatic character. I don't think we will see him at Mercedes. I don't see why Hamilton would leave a team like ours," added Costa.

Clearly, the manner of Costa's Ferrari departure still rankles. When asked about Nikolas Tombazis, Costa recalls rumours that his own presence was stifling the Greek designer's creativity. "After I left his (Tombazis') imagination must have been freed," Costa said, "with results that are before everyone's eyes, no? (Stefano) Domenicali? There is no resentment, sometimes we write a text message. Ferrari belongs to his past and to mine, and (Luca) Marmorini's and many others."

Actually, Costa has no need for resentment, as his career at Mercedes has culminated in a period of success rarely obtained in the highly-competitive world of formula one. "Professionally it is a happy time," he agreed, "and I'd be a liar to deny to you that I feel a deep satisfaction. In Mercedes there are twelve Italians; twelve engineers in the team. I recruited them myself -- some from Ferrari, others straight from university. We are a small 'tricolore' colony within a multinational."

"Now I'm already working on the 2015 project in a normal way, as are all those who do my job. I will not come to any more races this season -- at most maybe in Belgium or Monza, then my priorities are elsewhere," said Costa. (GMM)
F1 News Fernando Alonso Mercedes Ferrari
.