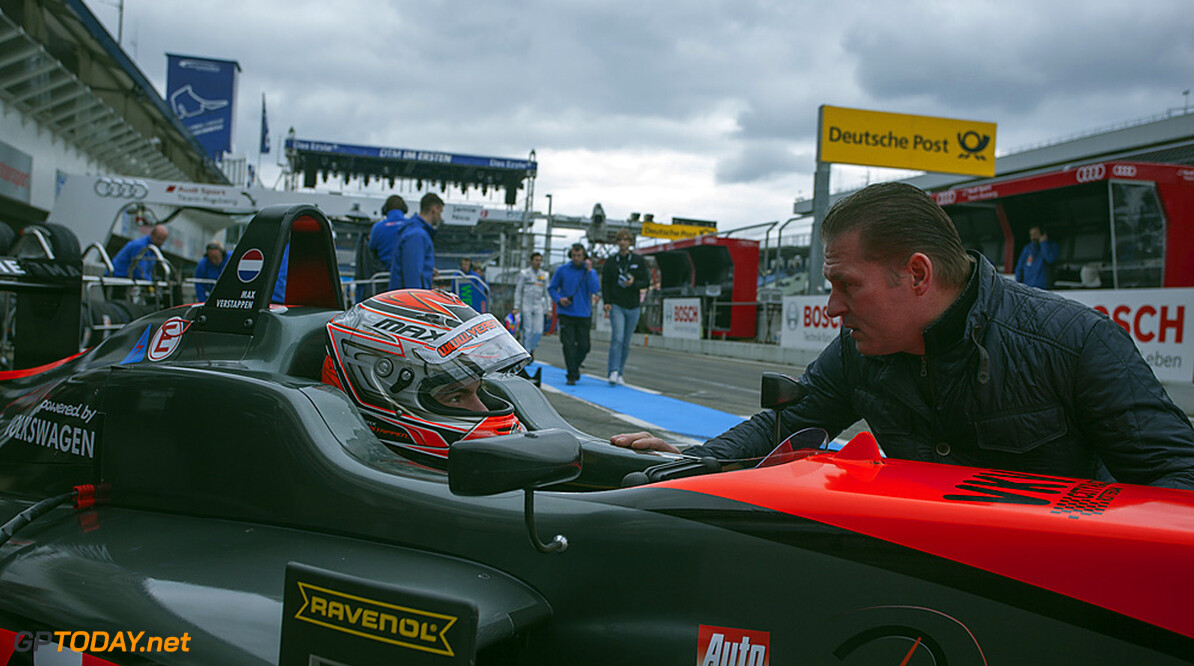 Max Verstappen's father has admitted the 16-year-old might be fast-tracked into formula one with a Toro Rosso race seat. Recently, it was thought the young Dutchman, whose meteoric rise from karting to F3 this year caught the notice of the F1 world, had now signed a development deal with Mercedes.

But that was only the case until last weekend, when Dr Helmut Marko sat down for new talks with Max and his well-known father Jos Verstappen on the sidelines of the latest European F3 race at the Red Bull Ring. Marko is reportedly offering Max a Toro Rosso race seat for 2015 in exchange for signing up with the Red Bull junior programme for a number of years.

42-year-old Jos Verstappen, who last raced in F1 for Minardi in 2003, told the Dutch newspaper De Telegraaf: "He (Marko) is a fan of Max's and so for us that is nice." Verstappen snr did not want to elaborate on his talks with Marko but acknowledged that a fast-tracked route into formula one might be "just one of the options".

Asked whether debuting in F1 at the tender age of 17 is too young, Verstappen insisted: "Definitely not for Max, he's already quite mature. We are in a good situation, but it's also tricky -- what is the right decision, and also how often is a train like this going to pass by?"

Asked specifically about the Toro Rosso rumours, Verstappen snr admitted: "I hear it as well, of course, and it could well be that Helmut has this in mind for Max. We know at least what Red Bull wants, but we really have not decided," he added. (GMM)
F1 News Max Verstappen Mercedes Minardi
<< Previous article Next article >>
.