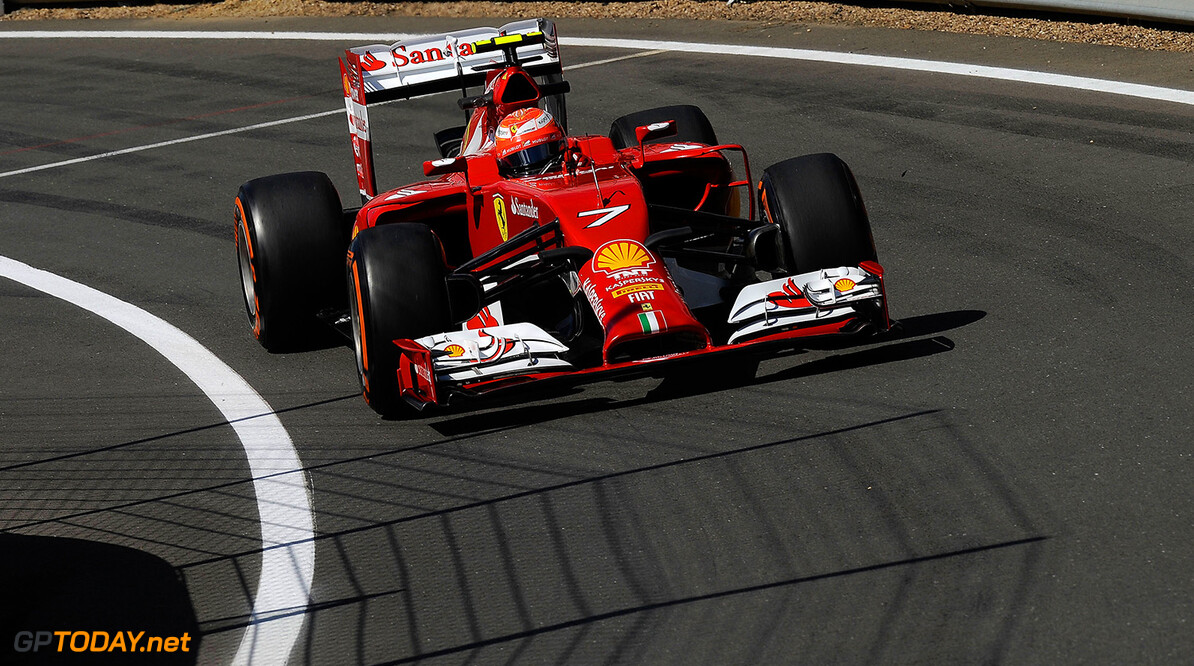 Raikkonen assumed to be fit again for German grand prix

Kimi Raikkonen is expected to sit out this week's post-British grand prix test at Silverstone. Circuit workers took an hour to repair the unprotected armco barrier that the Ferrari driver struck on Sunday before taking a further hit by Felipe Massa. The Finn limped away from the scene on the arm of a marshal and into the medical car, and it later emerged that Ferrari telemetry recorded an impact of 47G.

Reportedly, Raikkonen's first words on the radio after the impact were: "Is Felipe ok?" But it was Raikkonen who "took a hard knock on the ankle and also has pain in a knee," Ferrari confirmed. "He will now have to rest but he will be back in time for the next round in Germany," the team added. Boss Marco Mattiacci confirmed that Raikkonen will be "resting" from now until Hockenheim, which implies that he will not be in action for the test this week.
More about Ferrari


Bild newspaper said Ferrari junior and Marussia racer Jules Bianchi is the likely substitute. Mattiacci is not confirming that yet. "We still have to take a decision," he said. "I want to be 100 per cent sure that he's super fine, but no major issue at the moment."

34-year-old Raikkonen's long-time trainer Mark Arnall told Turun Sanomat newspaper that the driver was "examined thoroughly" after the crash, and has definitely not damaged any bones. "He is sore," said Arnall, "but thankfully he has escaped anything worse." And the 2007 world champion's manager Steve Robertson added: "His left ankle is severely bruised, but nothing is broken. We assume that Kimi will be fit again for Hockenheim." (GMM)
F1 News Felipe Massa Ferrari Marussia
.