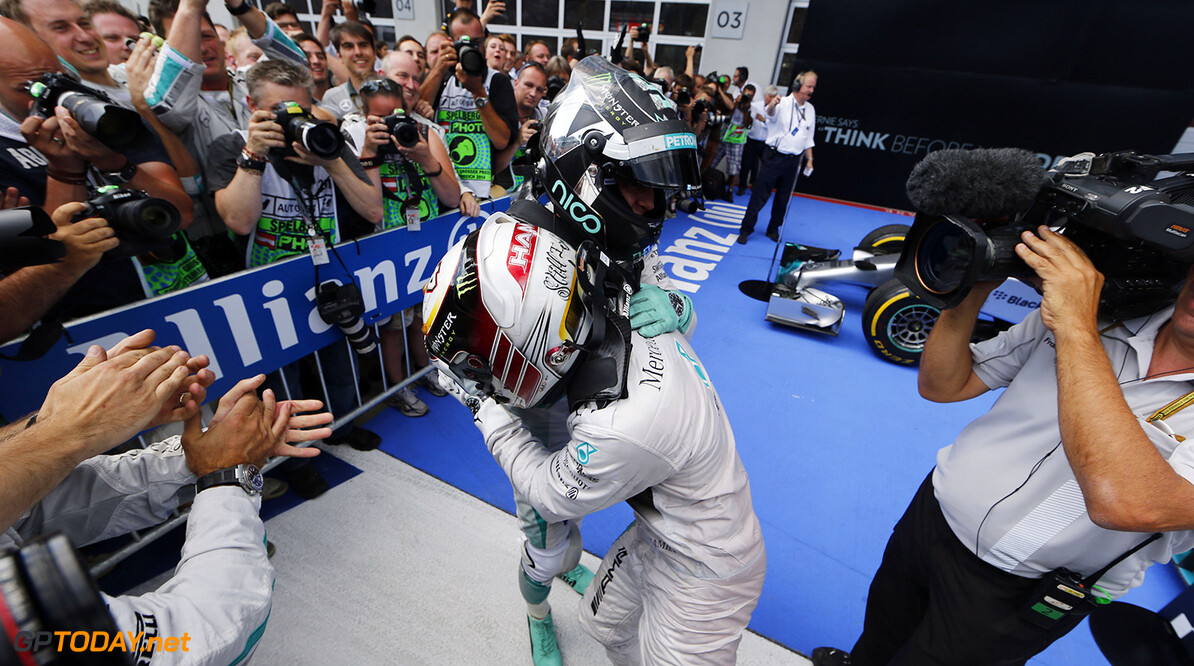 Nico Rosberg has put himself on pole position to beat his high-profile teammate to the 2014 world championship. That is the view of Lewis Hamilton's countryman Murray Walker, the famous former F1 commentator, ahead of the 29-year-old British driver's home race at Silverstone.

Niki Lauda, a triple world champion and the team chairman at Mercedes, thinks Hamilton's home grand prix comes at "the perfect time", after his three-race losing streak to the on-form Rosberg. "He has his home race and fans and he needs to make up ground to Nico," the great Austrian told the Mirror. But Lauda admits that Hamilton's task is a tough one, given his 29-point points deficit to German Rosberg. "Unfortunately it is," he said. "No question."

Worse still, after Hamilton suspected in Monaco that Rosberg made a deliberate 'error' to keep pole position, the latest conspiracy theory is that Mercedes' pit crew gave Hamilton deliberately slow service in Austria. "In the race you cannot get paranoid," Lauda insisted. "I don't need to coach him. I've known him a long time and he's absolutely perfect in his head. He's highly motivated."

But Walker, arguably the most famous voice in F1 history, thinks Hamilton and Rosberg's respective personalities do set them apart as they battle in 2014. "I don't think it is unfair to say that Hamilton is a lot more emotional about it and that can affect his driving," the 90-year-old told the Daily Mail.

"The more he is beaten by Rosberg, the more it could hypothetically hurt him emotionally, and that brings about more pressure. In a nutshell it is going to be very, very difficult for Hamilton to win the championship because Rosberg is a thinking driver. Hamilton is faster but I don't think he is cleverer than Rosberg," said Walker. (GMM)
F1 News Lewis Hamilton Nico Rosberg Mercedes
.