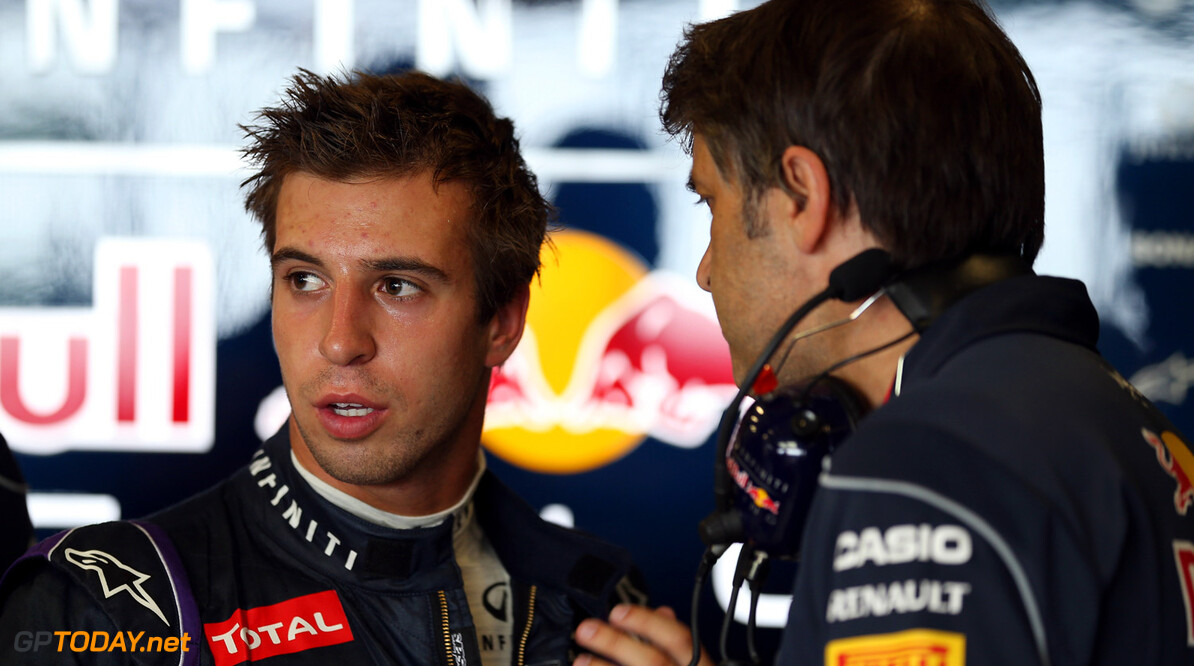 Infiniti Red Bull Racing is pleased to announce that Sébastien Buemi and António Félix da Costa will make up the team's test and reserve driver line-up in 2014.

For Sébastien, 2014 will represent a third consecutive year in the role of Test and Reserve Driver at the team. The Swiss racer first filled the role in 2008 before graduating to an F1 race seat with Scuderia Toro Rosso in 2009. In his 55 grands prix with our sister team he scored 29 championship points and completed over 13,000km across more than 2,600 laps of racing.

Since returning to Infiniti Red Bull Racing as test and reserve driver in 2012, he has mixed team duties with sportscar racing, making his Le Mans 24-Hours debut in the same year. In 2013, an expanded World Endurance Championship programme saw him and his team-mates take victory at the final round in Bahrain and score three other podium finishes, including second place at Le Mans.

António Félix da Costa, meanwhile, already has experience of the Test and Reserve Driver role at the team, having substituted for Sébastien at a few races during the 2013 season. The Portuguese racer also has extensive experience of Infiniti Red Bull Racing F1 machinery having tested for the team at the 2013 Young Drivers' Test in Silverstone, the 2012 Young Drivers' Test in Abu Dhabi and having conducted a number of show car runs for the team during the past year.

In 2013 António raced in the Renault Renault 3.5 series, taking three wins on his way to third place in the championship. He also backed up his 2012 Macau Grand Prix victory with second place in this year's edition of the prestigious F3 race.

Confirming the team's test driver line-up, Infiniti Red Bull Racing Team Principal Christian Horner said: "It's great to be able to announce the signing of Sébastien and António for 2014. Next year sees the biggest change to the Formula One regulations for some time and the return of multiple in-season tests. To therefore be able to call on two such capable drivers is of huge benefit to the team."

"In Sébastien we have a great resource, a driver with extensive grand prix experience and that will be invaluable. António, on the other hand, is an up-and-coming talent with whom we already have a good working relationship. I'm sure that his contribution will be just as important during what is sure to be an intensely busy season."
F1 News Scuderia Toro Rosso Red Bull Racing Renault
<< Previous article Next article >>
.