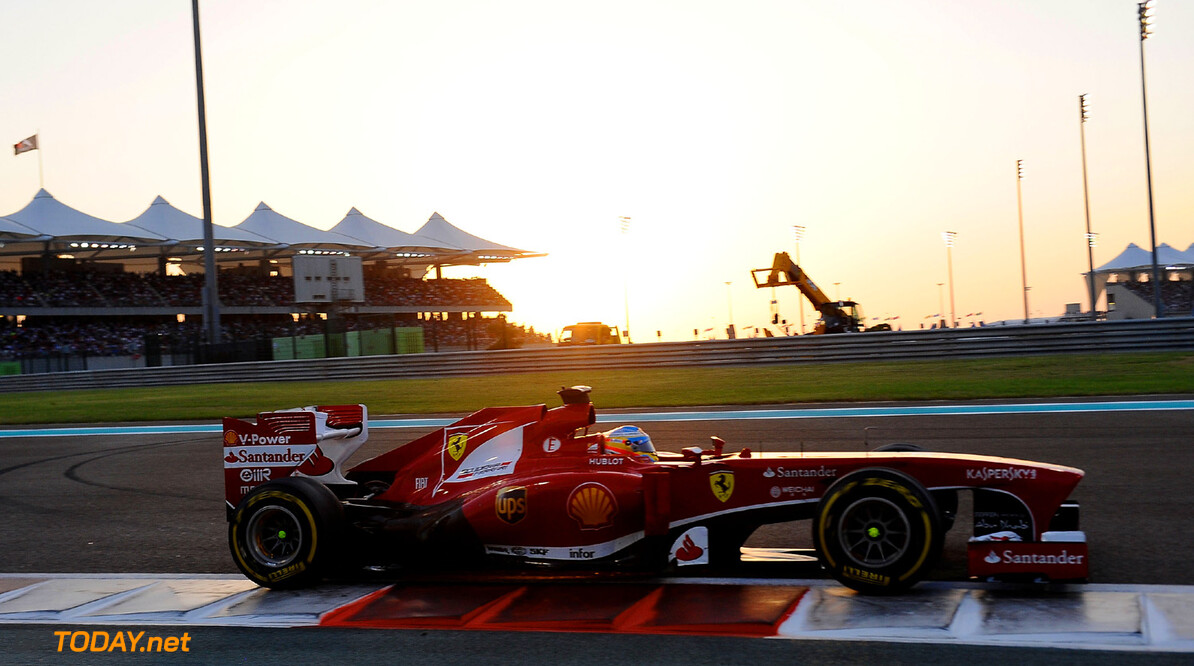 Alonso gets the all-clear to race in Austin

Fernando Alonso on Thursday got the all-clear to race in Austin. The Spaniard has had several medical checks since the Abu Dhabi grand prix, where a violent ride over the kerbs left him with back pain. He got the all-clear from his own doctors in Spain earlier this week, but also needed the official green light from the FIA ahead of the US grand prix.

So on Thursday, whilst skipping his media duties at the Austin circuit, he stopped in at the medical centre for tests. The Ferrari driver gave the waiting reporters a 'thumbs-up' when he walked out of the doors and back into his car for the ride back to the hotel. "Happy to have the 'ok' from doctors and race this weekend," he told his Twitter followers. "Last day to recover and do my best to help the team!"

Ferrari confirmed that Alonso's FIA tests on Thursday "all proved positive". "However, as he is not yet in perfect shape, the team decided he should have a further day's rest today (Thursday) so as to help his recovery as much as possible," the Italian team added. The correspondent for the Spanish sports newspaper AS, Manuel Franco, said Alonso is still coping with pain and dizziness, but is "improving day by day".

Had Alonso needed to sit out Austin, the most likely candidate to replace him would have been Marussia's Jules Bianchi. "I am part of the Ferrari academy," the Frenchman told RMC Sport, "so I think that if they have a (driver) problem, they can call me. "It's a good thing that Ferrari thought of me," added Bianchi. (GMM)
F1 News Fernando Alonso Ferrari Marussia Ferrari Academy
<< Previous article Next article >>
.