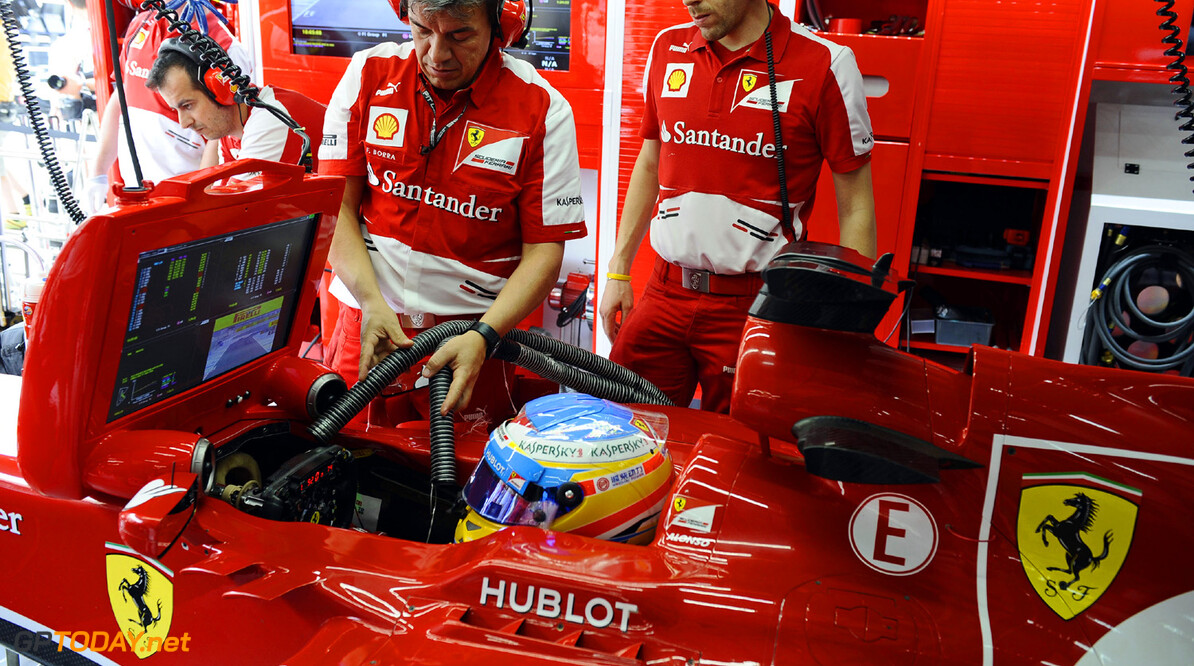 Alonso decides to race in USA at Austin

Fernando Alonso has decided to race in this weekend's US Grand Prix in Austin, Texas, despite a back injury. He suffered the problem when his Ferrari bounced over kerbs at more than 150mph during the Abu Dhabi Grand Prix.

"Packing the bag for Austin, with some pain, but eager and confident to help the team. I will try to give 100% as always," the Spaniard said on Twitter.

Alonso is trying to secure second place in the drivers' and constructors' championships for himself and Ferrari.

He added: "The value of something depends on the way you deal with it mentally and not with the thing itself."

Insiders say Alonso will not be completely fit but he will drive as best he can, starting in practice on Friday.

He will probably be checked by doctors from F1's governing body, the FIA, on his arrival at the track.

Alonso was in contention for the drivers' title until Red Bull's Sebastian Vettel started a remarkable run of form that has led to seven consecutive victories and the German clinching the championship in India last month.

Alonso, world champion in 2005 and 2006, is already almost certain to take second in the drivers' championship.

With a maximum of 50 points still available, he is 34 points ahead of Lotus's Kimi Raikkonen, who is not taking part in the final two races, and 42 in front of Mercedes' Lewis Hamilton.

But Ferrari are in a much tighter fight, in third place in the constructors' championship, 11 points behind Mercedes and 26 ahead of Lotus.

Alonso had a series of tests on his back last week, all of which showed no injuries, but he has been taking anti-inflammatory drugs to reduce his pain.

The sensors in the 32-year-old's car measured the impact at 28G as he ran off the track to avoid Jean-Eric Vergne's Toro Rosso.

The medical alarm is triggered when it records a G-force of 18 or more and means the driver must go to the medical centre for a check-up.

Alonso conducted media interviews after the race in Abu Dhabi before going to hospital for what a Ferrari spokesman referred to as a "normal precautionary check", which was requested by the FIA.

The incident happened as Alonso left the pits following his final stop on lap 44 of the race.

He came out alongside Vergne and had to take action to avoid the Frenchman, who later said he had not seen the Ferrari as he entered the 155mph turn.

Despite being launched over the kerbs, Alonso passed Vergne while running off the track but was cleared of wrongdoing by race officials, who accepted that he had no choice but to run wide.
F1 News Fernando Alonso Lewis Hamilton Sebastian Vettel Lotus F1 Ferrari Mercedes
<< Previous article Next article >>
.