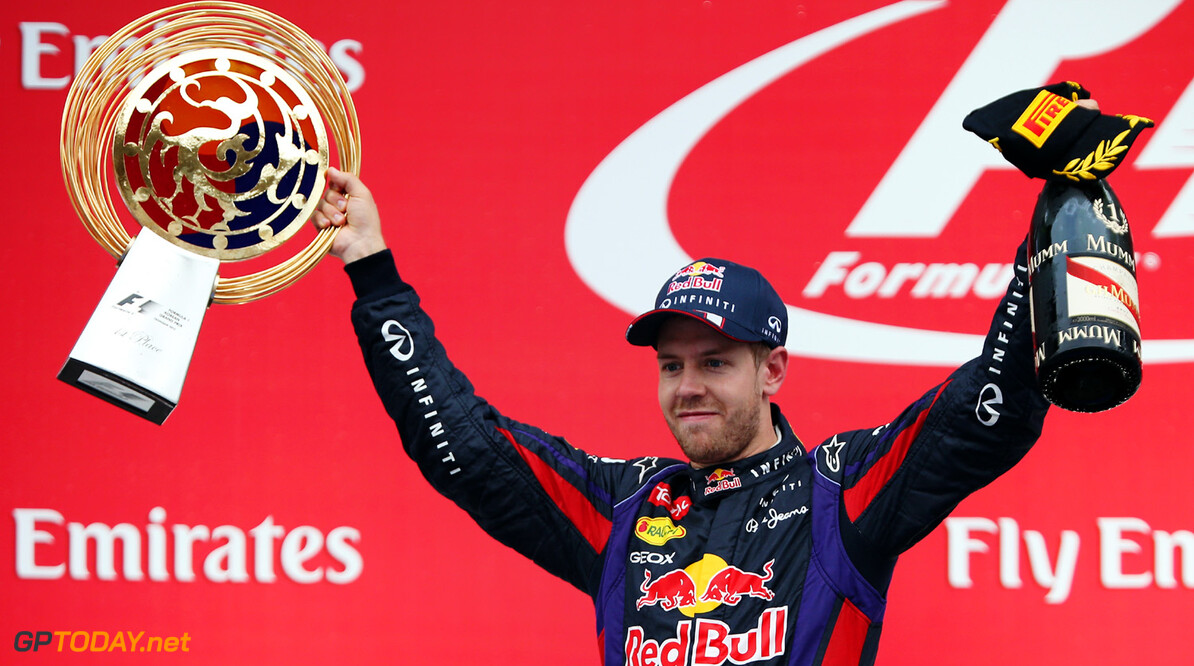 Vettel extended his winning streak to five at Suzuka

But winning on Sunday was not quite enough to seal Vettel's fourth world title. Because Fernando Alonso finished fourth, not ninth, the Spaniard's mathematical chances remain alive for at least another race, in India in two weeks. But all Vettel has to do in India is revert to the magic number 5, even if Ferrari's Alonso wins that race, and also the following races in Abu Dhabi, Austin and Brazil.

Fifth place for the dominant Red Bull will mean Alonso can no longer chase down Vettel, 26, in the points standings. "It looks very good at this stage," Vettel admitted on the Suzuka podium, "but it's not over until it's over."

Alonso, however, has conceded defeat. "We have different goals now," said the Spaniard. "Today they told me I have the record for the most amount of points in F1 history, so it's a happy day," added Alonso, referring to the record formerly held by Michael Schumacher.