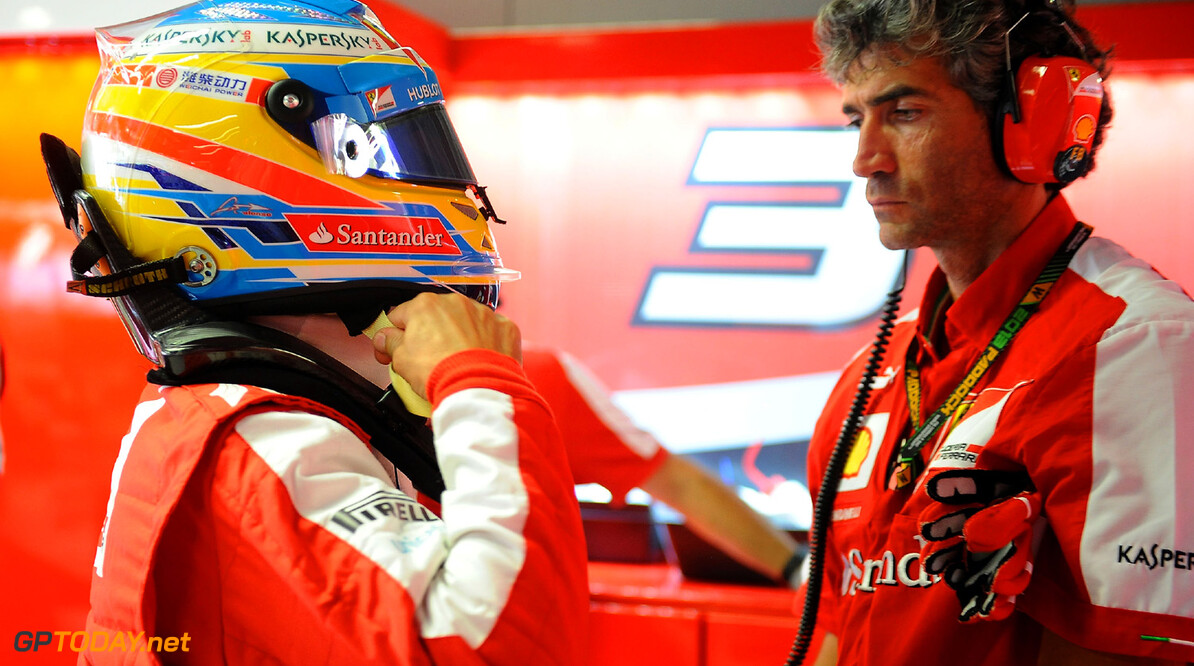 Ferrari has put together a potentially "explosive" driver lineup for 2014, according to former team champion Michael Schumacher.

The great German, who became F1's most successful driver ever by delivering five consecutive titles to the Maranello team last decade, was referring to the appointment of Kimi Raikkonen to be current 'number 1' Fernando Alonso's new teammate.

Schumacher, who at the end of 2006 was pushed into his first retirement when Ferrari signed Raikkonen, said of the 2014 pairing: "For motor sport fans it will certainly be a blast, and make for a tough competition.

"It will be exciting to watch," the 44-year-old told Bild newspaper.

"But Ferrari with Fernando and Kimi -- it sounds like an explosive mixture," added Schumacher.

"Speaking as a fan I would say it is good to have two number ones together," Prost told a French television broadcast.

"I think it's a choice born from a certain tension between Fernando and the Scuderia that has been clearly evident during the year.

"Now he will no longer be the undisputed number 1, at least not initially, and I'm not sure Stefano Domenicali has the ability of a Jean Todt or a Ross Brawn to handle a situation like this.

"In Italy the press applies a lot of pressure, so I presume that sooner or later there will be trouble," added Prost.

Before Raikkonen's Ferrari move was decided, McLaren boss Martin Whitmarsh refused to rule out making a bid to sign the Finn for 2014.

He told Finland's Turun Sanomat he is not sure Alonso and Raikkonen is an ideal combination.

"I cannot imagine they will be happy together," said Whitmarsh.

"Kimi generally doesn't care about who is at the wheel of the other car, but Fernando will not deal with it well.

"Of course, both of them are clearly among the best drivers in formula one, so Ferrari has an incredibly strong lineup, but it could also put the team in a difficult situation."

"They are two roosters in one henhouse, so they say, even if Kimi is not a rooster at the level of Alonso, Vettel and Hamilton.

"But it will no longer be a team at the feet of one driver," the publication added.
F1 News Fernando Alonso McLaren Ferrari
<< Previous article Next article >>
.