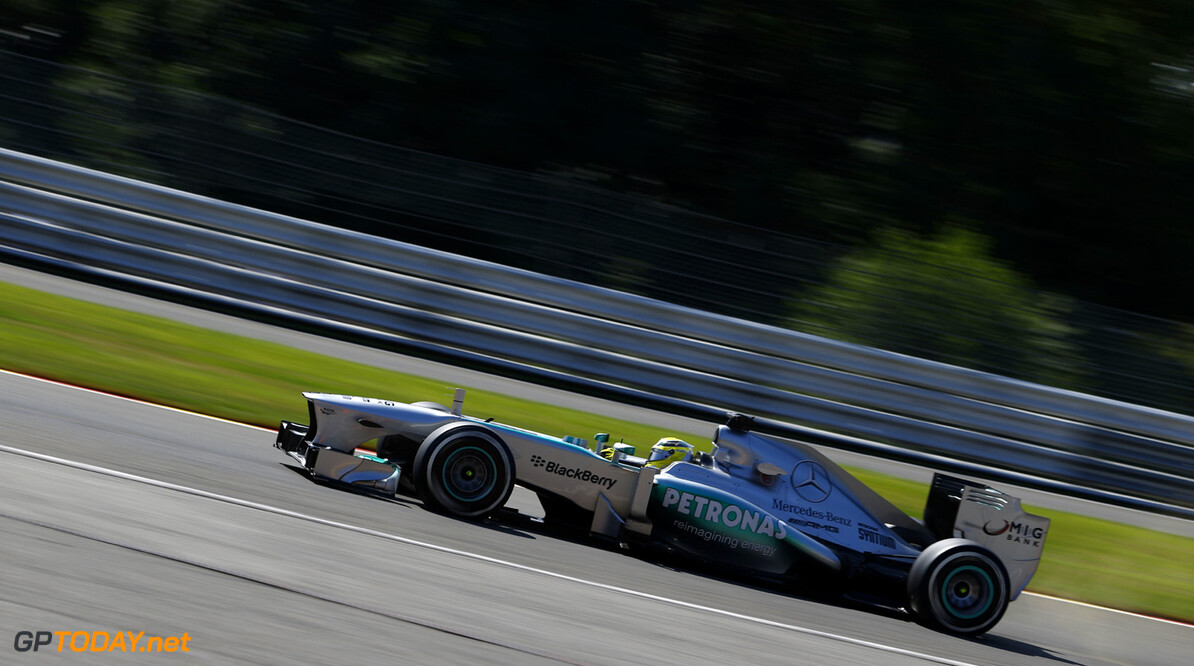 Nico Rosberg: "Monza is always one of my favourite races and I love driving the track with its unique high-speed and low-downforce layout. The last European race of the season always has a special atmosphere and the Italian fans are so passionate about Formula One. It's really cool for me that I speak Italian and can communicate easily with the fans in and around the circuit. To go to Monza with the feeling that we have a quick car is fantastic and I hope we will achieve another strong team result as we did in Belgium. We have to keep pushing now and I know everyone is working really hard at the factories to do just that."

Lewis Hamilton: "Monza is a truly amazing circuit and it's a great feeling to drive at our top speeds of the year there. The layout and atmosphere of Monza are very special and it really feels like you are going back to Formula One's roots when you race there. The car has a completely different aerodynamic package to anywhere else on the calendar with really low downforce to make the most of the four long straights. My win in Italy last year was the first of my career at this circuit and it was a great feeling. We had a strong weekend in Belgium with a good team result and that's what we need to keeping doing in the second half of the season."

Ross Brawn: "The Italian Grand Prix marks the traditional end of Formula One's European season and is one of my favourite race weekends on the calendar. Monza has a special atmosphere all of its own with its historic location and the passion of the tifosi making it an inspirational venue. From an engineering perspective, Monza is unique and requires a special low-downforce aerodynamic package to make the most of the high-speed layout which also places great importance on the strength of the engine on the long straights. I was very pleased with the team's performance in Belgium and the consolidation of our current position of second place in the Constructors' Championship. We weren't quite in the position to fight for the win but we will keep pushing hard to close that gap and keep fighting."

Toto Wolff: "We scored a good team result at the last race in Belgium, with third and fourth places, and that underlined one of the team's strengths this year: our drivers. As their performances this season have shown, Lewis and Nico are probably the most closely matched and balanced driver pairing in Formula One. Their combination of speed and consistency has taken Mercedes to second place in the Constructors' Championship and our clear target is to consolidate this position over the coming races. In Monza, we will use a refined version of the low-drag package introduced at Spa. We hope to see an improvement in race pace after the lessons we learned over the race weekend in Belgium."
F1 News Lewis Hamilton Nico Rosberg Mercedes
<< Previous article Next article >>
.